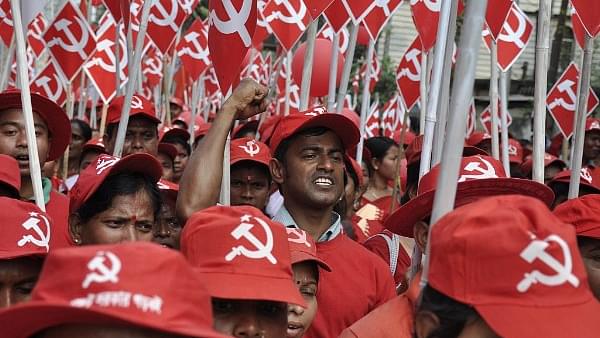 A controversy has erupted in Kerala following a misogynistic remark made by A Vijayaraghavan, the convener of the Communist Party of India (Marxist) (CPM) led Left Democratic Front (LDF) against Ramya Haridas, the Congress candidate from Alathur Constituency in Kerala.

Vijayaraghavan, who unsuccessfully contested Lok Sabha election in 2014, was speaking at an election convention for PV Anvar, the LDF candidate for Ponnani when he made the remarks. Chief Minister Pinrayi Vijayan was present at the venue when the remarks were made.

“That girl from Alathur who went to give her candidacy, Then she went to meet Kunhalikutty (Muslim League General Secretary). After that, I don’t know what will happen to that girl, she has gone (to him),” he is reported to have said.

Kunhalikutty had been one of those accused in the now infamous Ice Cream Parlour case in Kozhikode. The allegations centred around an Ice Cream parlour in Kozhikode which was a brothel, and used underage girls. Kunhalikutty and his brother-in-law KA Rouf were allegedly involved in the enterprise. However, Kunhalikutty was never chargesheeted.

It is in the light of this background that the remarks by Vijayaraghavan have become controversial. During the protests surrounding the desecration of Sabarimala, the CPM and the Left had proclaimed themselves as the champions for women and progressive politics.

Since then, the facade of the CPM has been blown to bits by allegations of rape against its workers, as well as a sexual a harassment complaint against a senior leader. The latest incident was involving the kidnapping of a minor girl from Rajasthan involving the son of a branch secretary of CPI.

Vijayaragahavan has so far refused to apologise for the remarks, claiming that he did not intend any “bad meaning” and did not “intend it to be that way”.

Meanwhile, Malayalam Writer Saradakutty responded to Vijayaraghavan’s remarks, writing on Facebook that “He [Vijayaraghavan] should be ashamed, not us”. This is not the first time Ramya Haridas has been targeted by the CPM and its allies. Earlier, Deepa Nishanth, an academic with ties to the CPM, mocked her qualifications.

Ramya is contesting against two-time sitting MP PK BIju. Alathur is a Scheduled Caste (SC) reserved constituency. It is one of the few seats that the LDF is expected to win.

The LDF is hoping for a great show in the elections this time to validate the state government’s stance on the Sabarimala issue. The State goes to polls on 23 April.