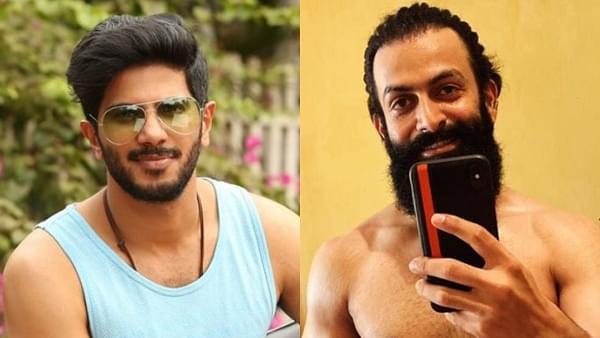 The Motor Vehicles Department of Kerala has ordered a probe after a video of luxury cars owned by film actors Prithviraj Sukumaran and Dulquer Salmaan, purportedly racing along the Kottayam- Kochi highway, was shared on social media, The New Indian Express reported.

The video of the ‘race’, recorded and uploaded by two youngsters, who apparently chased the actors on their bike, has now gone viral. In the video, two men on a bike could be seen chasing three cars, a black Lamborghini, a silver Porsche followed by a red Porsche cruising along the Kottayam- Kochi roa

The New Indian Express quoted MVD joint transport commissioner Rajeev Puthalath. as saying that a probe has been launched to ascertain the authenticity of the video and determine whether the actors were involved in rash driving

“ We’ve launched a probe to find whether the actors were involved in rash driving. An instruction has been given to the MVD’s Automated Enforcement Wing (AEW) to verify the speed-detecting cameras installed along the Kottayam-Kochi route. We can’t jump into a conclusion to claim that the actors have violated the road-safety rules. If the cameras can find the violations, notice will be served on the RC (registration certificate) owner,”

Despite claims that the video was shot last weekend. exact day of the race is not known.

If a probe by the MVD finds the car owners guilty under section 184 of the MVA, they will be liable to pay a fine of Rs 1500 for the first office or face jail time for six months, and Rs 3,000 for repeat offences.

In Nov 2019, the Ernakulam RTO had blocked the registration of a new luxury car owned by actor Prithviraj after the dealer of the vehicle showed a reduced amount on the bill. The purchase bill submitted with the online application had stated that the luxury vehicle was worth Rs 1.34 crore. The registration was blocked after the authorities found that the actual value of the vehicle was around Rs 1.64 crore.