Kerala Police To Deploy More Than 10,000 Personnel At Sabarimala To Ensure Law And Order During Pilgrimage Season 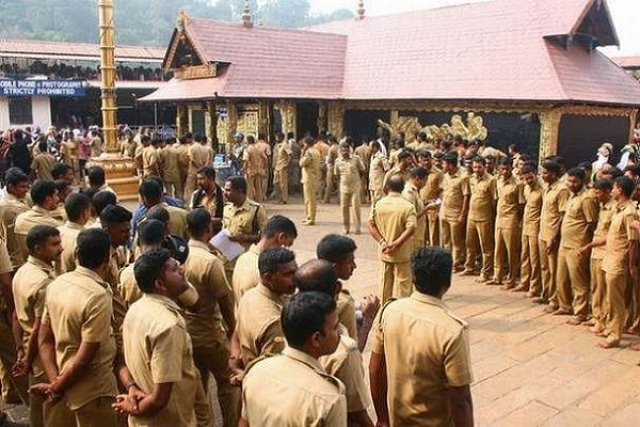 In a major overhaul of the security apparatus at the Sabarimala Lord Ayyappa temple, the Kerala Police administration is set to deploy as many as 10,000 police personnel around the site in phases for the two month long pilgrimage season which begins on 17 November, reports The Hindu.

The police administration has decided to deploy a total of 10,017 policemen over a span of five phases to ensure that no one tries to hamper the law and order in and around the temple complex during the Mandala Makkarvillakku festival.

The decision comes in the light of massive protests observed around the temple after the Supreme Court last year allowed women of menstruating age groups to offer prayers at the ancient temple.

Last week, Chief Minister (CM) Pinarayi Vijayan had taken stock of the preparations carried out by different departments including the police administration to ensure a hassle-free and secure pilgrimage experience for the devotees.