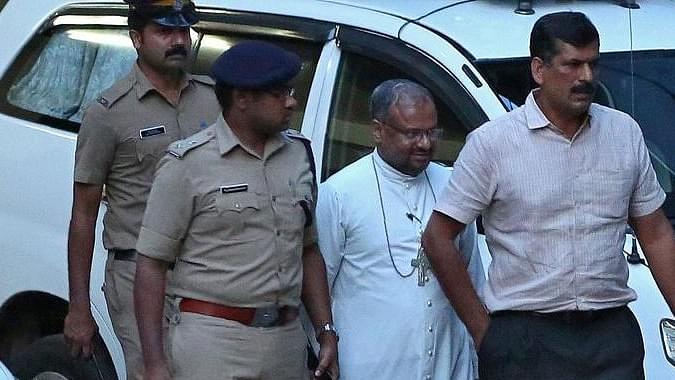 After issuing a notice to Jalandhar Bishop Franco Mulakkal, who has been accused of raping a nun, a Kerala Police official was immediately transferred, reported The News Minute.

As per reports, the survivor nun in the rape case against Bishop Franco was harassed by the Malayalam YouTube channel Christian Times at the behest of Franco and she had filed a complaint at the Kuravilangad police station, who handed over the case to Vaikom police for investigation.

Sub Inspector Mohandas of Vaikom police station had issued a notice to Franco asking him why his bail should not be cancelled, in the face of such a complaint from the survivor.

The police official was reportedly transferred immediately to another crime branch after issuance of such notice to Franco.

In a letter, the survivor said, “After filing the complaint against Bishop Franco, a YouTube channel called Christian Times has been constantly maligning me and my fellow sisters. We suspect that the channel is run by Bishop Franco and his fellow workers.”

She has also written about harassment and targeting of herself and her fellow sister by the YouTube channel to State and National Women’s Commission as well as to the State Human Rights Commission.

In connection with the case State women’s commission chairperson MC Josephine told that strict actions will be taken against those maligning the survivor nun and fellow nuns through social media.