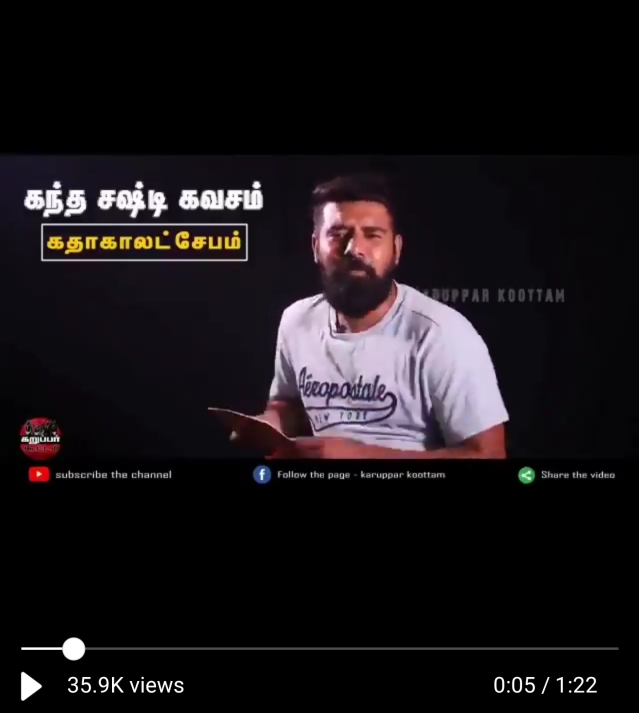 Two days after the Cyber Crime Branch (CCB) of Tamil Nadu registered a case against Karuppar Koottam, a Tamil YouTube channel run by Periyarist-Dravidianist activists , police arrested M Senthil Vasan, one of the key members of the channel, on Wednesday evening.

Surendra Natarajan, another prominent anchor of the channel, is said to have filed an anticipatory petition in Madras High Court to prevent his arrest.

The complainants had sought immediate action against a video uploaded on the YouTube channel by Surendra Natarajan on Monday over vulgar remarks about Hindu deity Murugan and a prayer sung in his praise called ‘Kandha Sashti Kavacham’.

The Skanda Sashti Kavacham, made popular by siblings Soolamangalam Sisters Jayalakshmi and Rajalakshmi, is a hymn that resonates daily in the homes of Tamil Hindus. People recite the hymn seeking good health, fortune, and mental peace.

The Karuppar Kootam has, in particular, ridiculed verses between 64 and 92. These verses seek from Lord Skanda protection of each part of the body from head to the toe.

In one particular video, Karuppar Kootam, which enjoys the support of DMK-allied influential Periyarist ideologues like Suba Veerapandian, launched vulgar and misogynistic tirade against the devotional poetic verses seeking divine protection for organs of reproduction and excretion.

Several Hindu groups have criticised the Karuppar Kootam video, saying it was an effort to mislead people.