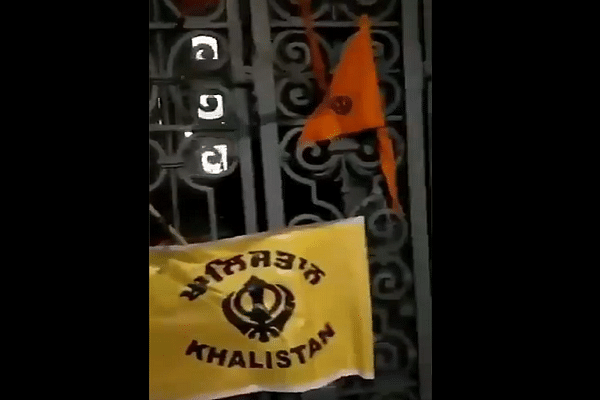 The Indian Embassy in Italy's Rome was vandalised by scores of pro-Khalistani supporters on 26 January, reports ANI.

Flags of Khalistan were raised at night, while slogan hailing Khalistan was scribbled on the walls. A video of the incident was taken and used for propaganda on social media, reports Zee News.

Following the incident, India has raised the issue with Italian government and sought action against the perpetrators.

"We have taken up this specific incident with them and conveyed our concerns. Safety and security of Indian diplomats and diplomatic premises are the responsibility of the host government," sources were quoted in the ANI report as saying.

India has further expressed hope that the Italian government will work to prevent such incidents from happening in the future, the sources said.

Earlier on Tuesday (26 January), members from pro-Khalistan separatist groups gathered along with others outside the Indian Embassy in Washington DC to support the cause of agitating farmers in New Delhi.