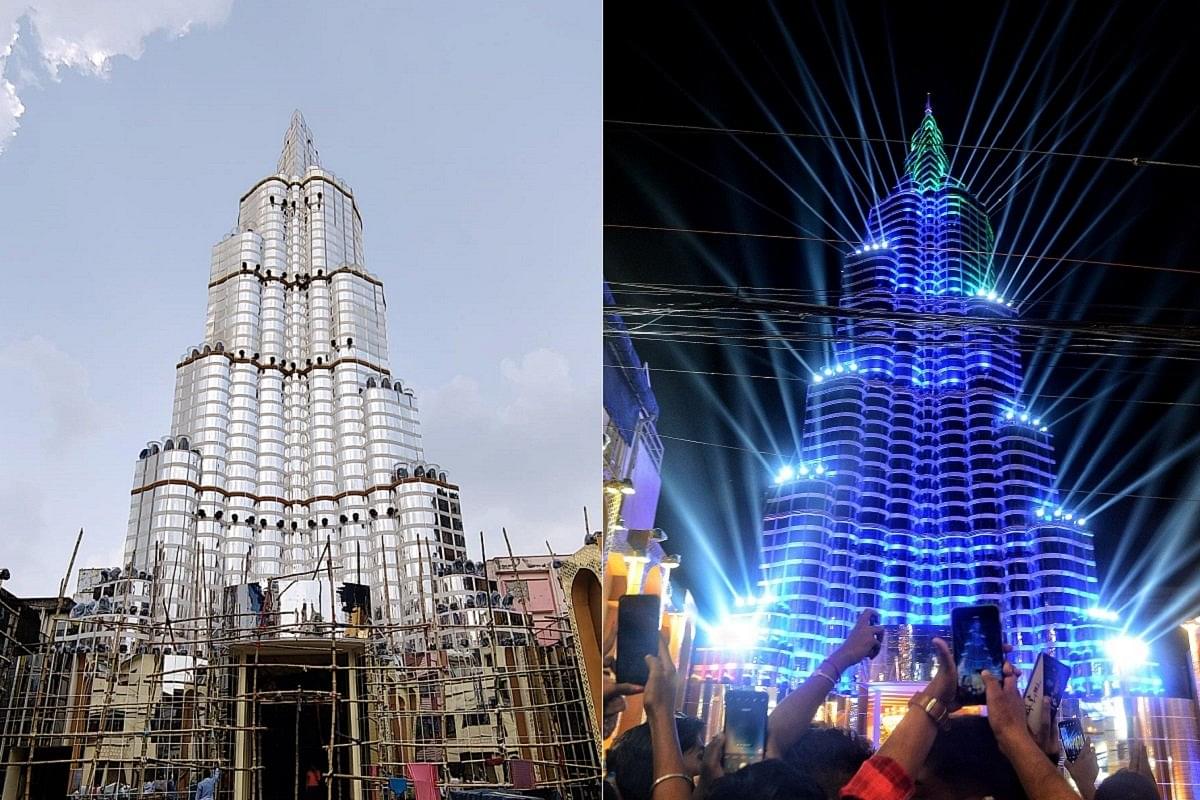 Kolkata’s viral Durga Puja pandal at Lake Town which is based on the design of Burj Khalifa has suspended its laser show following complaints from airline pilots about the laser lights intruding their cockpits as they approached the city’s airport to land.

The Directorate General of Civil Aviation (DGCA) mandates keeping a 18.5-km radius exclusion zone for laser lights around airports so that pilots don’t get blinded by laser beams as they enter the landing phase.

On the other hand, this particular pandal is merely 8.5-km away from the runway and is only next to the aircraft approach funnel.

The puja committee’s chief coordinator Dibyendu Goswami told the Times of India (TOI), “We decided to suspend the laser show as revellers were refusing to move on and were recording it on their cellphones. As a result, crowd control was becoming a challenge.”

On the other hand, the state fire minister Sujit Bose claimed that the organisers voluntarily shut the laser display on the 145-ft pandal in order to control the crowds.

Reportedly, at least four flights had complained of laser lights momentarily blinding the pilot’s vision in the cockpit. One of the pilots even lodged a written complaint to the Airports Authority of India (AAI) itself.