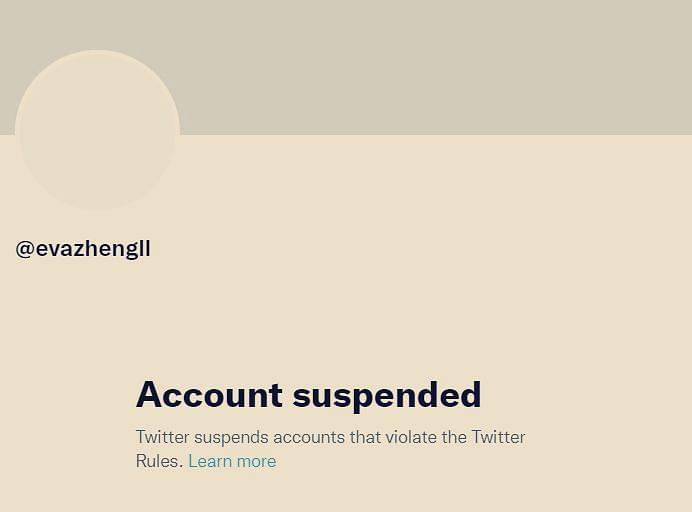 @evazhengll is one of the many Chinese propaganda accounts suspended by Twitter.

Chinese Twitter handles posting state-sponsored propaganda related to the standoff on the Line of Actual Control with India in eastern Ladakh have been taken down by the microblogging site, a report in the Economic Times says.

Prominent Chinese propaganda handles, including @evazhengll and @mioplosus_bass, have been suspended by Twitter or withheld in India in response to legal demands.

As these accounts had access to pictures and videos from the Chinese side of the Line of Actual Control, it is believed that they were part of the state-sponsored disinformation campaign against India.

The report adds that a group named 'Indian Cyber Defender', which reports fake news to social media companies, has claimed credit for the suspension of two such accounts.

According to Union Minister of State for Electronics and Information Technology Rajeev Chandrasekhar, the new IT Intermediatory Guidelines introduced by the Narendra Modi government have ensured that Twitter and other platforms take action on complaints against users putting out state-sponsored propaganda and misinformation.