Lady Shri Ram College Offers To Give In To Students’ ‘Hostel Timings’ Demands, But They Will Have To ‘Pay’ For It 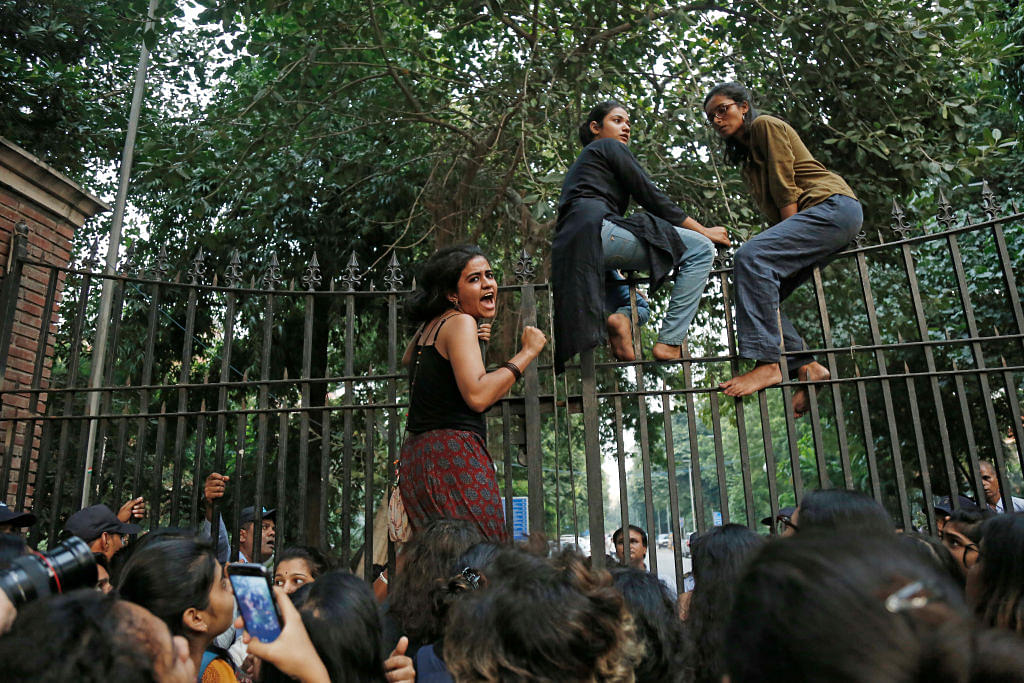 Girl students of Delhi University and members of Pinjratod protest for their demands regarding to equal rules for men and women in Indian universities. (Sanchit Khanna/Hindustan Times via Getty Images)

Authorities of Lady Shri Ram College have responded to the protests of its students against hostel “curfew timings” and “gating out” alongside other things. They have finally put up a notice stating that they would consider some of the demands, including 24x7 access to hostel by students. However, the same would lead to an “increase in student fee”.

The unsigned notice dated 6 November reads: “The committee is actively considering ways in which students can access the hostel 24x7, taking into account infrastructural and staff charges which will result in increased fees and notification to all stakeholders that will be worked out,” reports The Indian Express.

The notice added that the administration considered various changes which were replacing the rule to specify two local guardians with one emergency contact, removal of the “gating out” system (students are expelled from hostel for 15 days as a punishment) and implementing OBC reservation and increasing accessibility for People With Disabilities (PWD) students among other changes.

However, as per reports by TIE, the governing body would take the final decision and that its members will not meet before January.

After the move by the authorities, the decision to increase the fee has come under attack from students and activists of an NGO called Pinjratod. In a statement issued by the NGO, they said, “As was indicated during a meeting, apparently for abolition of curfew, we must pay Rs. 15,000 extra annually, and Rs. 6,000 extra for implementation of OBC reservation. What the administration is telling us is that if we want freedom, we will have to ‘pay’ for it”.