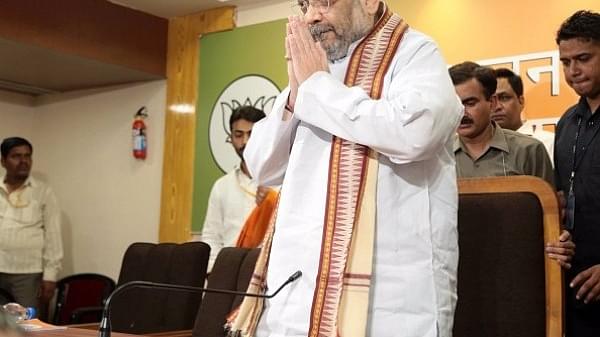 The government bungalow on Krishna Menon Marg in New Delhi which was at one time occupied by late prime minister Atal Bihari Vajpayee and his family is likely to be allotted to Union Home Minister Amit Shah, reports India Today.

It was just last year in November that Vajpayee’s family vacated the bungalow and moved elsewhere, following his demise in August.

Apparently, Shah has already made a recent visit to the bungalow and pointed out some changes to be made, after which renovation work has commenced and is expected to be finished in one or two months.

Currently, Shah, who is also the BJP’s national president, stays in his house at 11 Akbar Road. The allotment of a bungalow occupied by a former prime minister to Shah is possible because the Modi government in 2014 made a decision that a leader’s former government bungalow in Delhi would not be turned into a memorial for him or her after death.