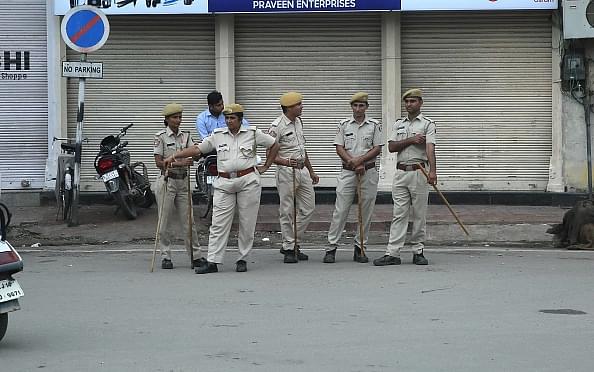 Police personnel next to closed shops in Jaipur. (Photo by Himanshu Vyas/Hindustan Times via Getty Images)

Fresh guidelines issued to personnel of the Rajasthan Police on Monday (21 January) have recommended that they get at least seven hours of sleep each day, reports Times of India. Other suggestions were also furthered by Inspector General of Ajmer Range, Sanjib Kumar Narzary, personally to police jawans as he addressed them during an inspection of Ajmer’s police reserve lines.

Narzary stated that as police were now well compensated, they should refrain from resorting to illicit means of making money. He advised the jawans to ensure that their children received a quality education.

The Inspector-General also highlighted important health measures such as ensuring water didn’t collect around their houses, thus leading to spread of disease. He also encouraged them to exercise regularly and adopt healthier dietary habits.

This was the first instance of a senior officer making jawans aware of their duties and moral values during an inspection. Narzary acknowledged that the welfare of jawans may sometimes be affected through denial of leave, but he also took it upon himself to direct officials to ensure that jawans had the best possible working environment.

Police officials assured jawans that if they had any issues with leave or service, they could contact them directly on their mobile phones.