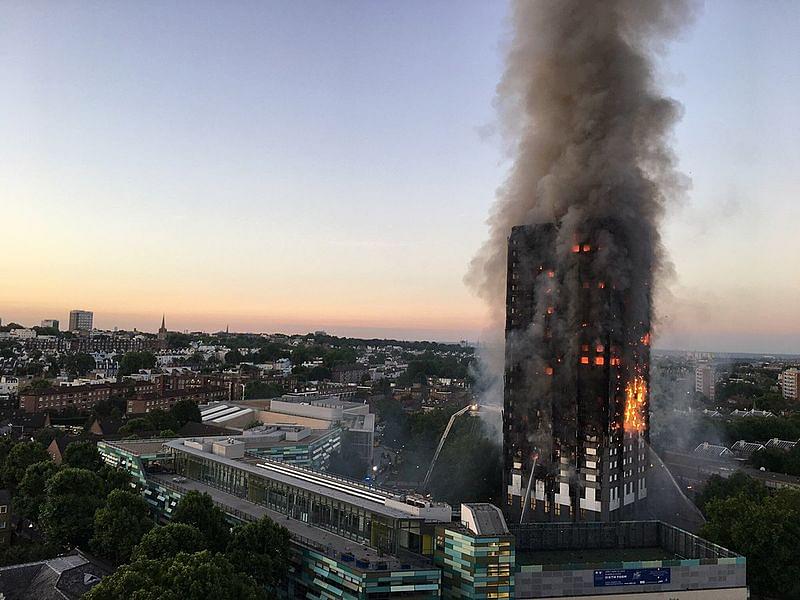 In one of the worst blazes in the UK in decades, 12 people of a 24-storey high-rise apartment building in London were killed and many injured. Smoke was still bellowing from the charred remnants of the West London Grenfell Tower that was home to 600 people.

Eye witnesses said a woman threw her baby to safety, and which was caught by a member of the public. People were seen at the windows holding children. Now angry community members are demanding to know the cause of the fire, especially as activists had warned about the fire safety features of the public housing complex that was constructed in the Seventies and had been undergoing renovation in the last two years. It is managed by the Kensington and Chelsea Tenant Management Organization, which spent $12.8 million over the renovation.

Some residents blamed the Grenfell Tower's policies for the disaster. A newsletter put out by the building's tenant organisation following the renovation told tenants that they should "stay put" in the event of a fire inside their apartment or in their hallway or until they were told to evacuate by officials, as the building was designed as per “rigorous fire-safety standards”.

New front doors in each apartment could withstand a fire for up to 30 minutes, "which gives plenty of time for the fire brigade to arrive," the newsletter said.