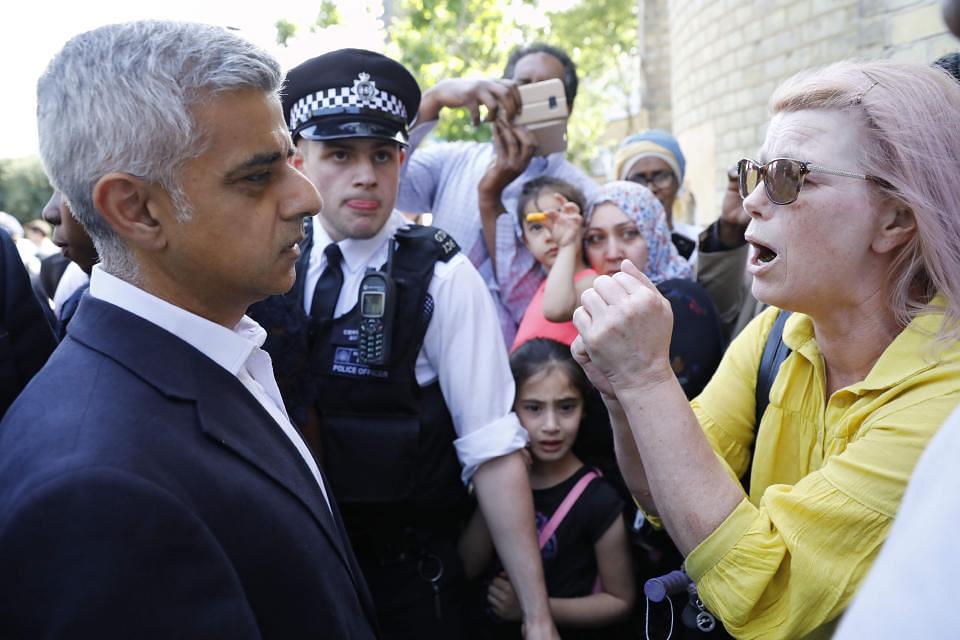 London Mayor Sadiq Khan at the scene of the Grenfell Tower fire.

London Mayor Sadiq Khan was confronted by angry residents at a press conference following Wednesday’s deadly blaze at Grenfell Tower that left at least 17 people dead. Khan was repeatedly interrupted by frustrated residents demanding answers and urging that the community cannot wait a year for an independent inquiry as he spoke on live TV on the site of the burnt-out building.

“Someone needs to be accountable,” one woman yelled, adding that “deaths could have been prevented.” A seven-year-old boy, who was among the hecklers, shouted at Khan asking “How many children died? What are you doing about it?”

Khan responded by saying that the residents are “understandably very angry and concerned and have genuine questions that demand answers.”

"They are going through the building now, that's why it takes time you see. I know it's very sad because you might have a friend in there,’ he said.

Up to 30 police constables swarmed around Khan after a bottle was allegedly thrown at him by a resident of the Grenfell Tower.

Khan was recently criticised by President Donald Trump as well as London TV personality Piers Morgan for being an inept mayor who is soft on terrorism.