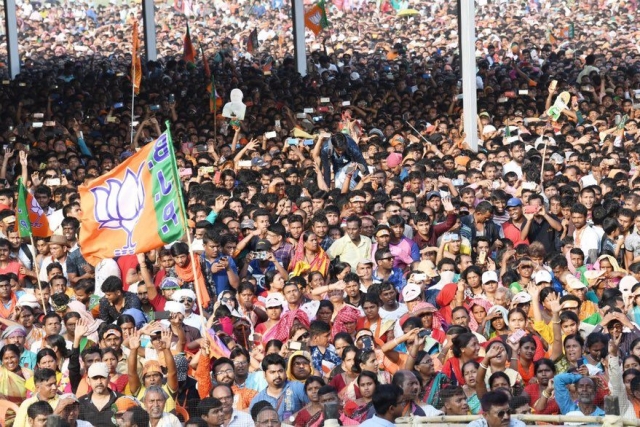 A still from BJP rally in West Bengal (pic via Twitter)

The Bharatiya Janata Party (BJP) looks set to bag seats in double digits in Bengal. In keeping with the enthusiasm seen during campaigning on the ground, the BJP is leading in 17 constituencies in the state. BJP candidates have got substantial leads in the northern, central and western parts of Bengal.

The BJP bagged only two seats—Darjeeling and Asansol—in 2014, while the Trinamool Congress won 34 seats, and the Congress and the Left won two each. If the leads now translate into wins, which seems likely, the results will be a huge setback for Mamata Banerjee.

For the BJP, this likely victory will enthuse it to pose a tough challenge to the Trinamool Congress ahead of the state Assembly polls scheduled for 2021, and encourage it to redouble its efforts towards a final push to dislodge Mamata Banerjee from power two years from now.