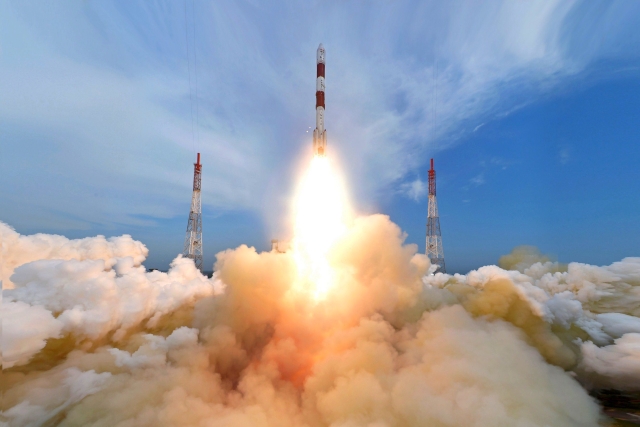 Kleos Space, a space-powered Radio Frequency Reconnaissance data-as-a-service company, has confirmed that it would be shipping its four Kleos Scouting Mission (KSM) satellites to India for launch by its rocket Polar Satellite Launch Vehicle-C 49 (PSLV C49).

The Luxembourg based Kleos Space in a statement said it will be shipping its KSM satellites to the Indian rocket port at Sriharikota near Chennai on 10 February in preparation for launch.

According to Kleos, the KSM satellites were scheduled for launch in December 2019, in the ride share mission, which includes satellites from other organisations, but got delayed due to issues unrelated to it, Outlook has reported.

"All final launch preparations have been completed and Kleos' four satellites are mission-ready. The satellites will launch into a 37-degree inclination, covering crucial shipping regions for defence and security customers including the Strait of Hormuz, South China Sea, Australian coast, Southern US coast as well as the East and West African coast," Kleos Space said in the statement.

"While commercial launch capability has increased dramatically over recent years, launch volatility remains a challenge for all space-based companies. Despite the minor launch delay since December 2019, we will be working hard to get the satellites operational and generating revenues as quickly as possible," Kleos Space chief executive officer (CEO) Andy Bowyer said.

"We remain confident that the decision to change our Scouting Mission launch provider and orbit will significantly increase the long-term value of our data, providing optimised increased revisit rates over challenging equatorial regions," he added.