Madhur Bhandarkar Calls Out Media’s Hypocrisy, Reminds Them Of His Support Against CBFC 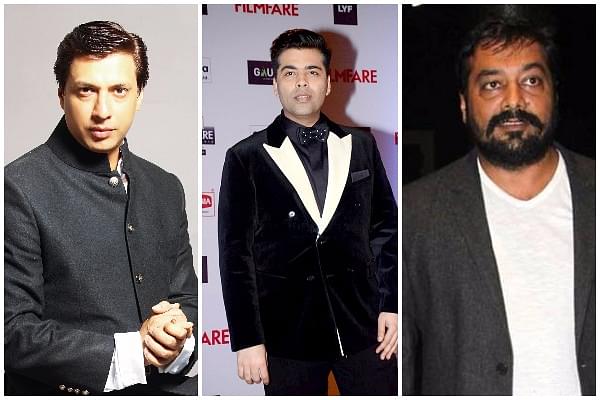 Film-maker Madhur Bhandarkar, whose latest film Indu Sarkar has run into controversy, hit back at the media fraternity and those attacking him today for their selective outrage.

The film – based on the emergency during Indira Gandhi’s term as prime minister has seen widespread protests from the Indian National Congress with the party’s Mumbai unit writing a letter to the Central Board of Film Certification (CBFC) – the censor board – to ensure that Indira Gandhi and Sanjay Gandhi are not shown in poor light. Congress workers earlier disrupted the film’s promotions, forcing Bhandarkar to cancel events in Pune and Nagpur. The CBFC has demanded 14 cuts in the movie.

Bhandarkar was part of a discussion on the film with journalist Sagarika Ghosh on India Today when the latter asked Bhandarkar ‘where he was’ when the censor board and members of the public had earlier targetted Anurag Kashyap’s Udta Punjab and Karan Johar’s Ae Dil Hai Mushkil.

Bhandarkar took to Twitter to air his views on the matter. He had come out strongly in favour of both films, defending the right to freedom of expression. While Udta Punjab had scenes cut for its alleged negative portrayal of Punjab, Ae Dil Hai Mushkil generated outrage from Maharashtra Navnirman Sena chief Raj Thakeray for starring Pakistani actor Fawad Khan.

A soft reminder for the ignorant,My stand on against banning films,pls check screen shots of #UdtaPunjab & #ADHM in their controversies. pic.twitter.com/ErADL3p9FC

Also Read: Congress Writes To CBFC On Indu Sarkar, Wants To Ensure Gandhis Are Not Shown In Bad Light