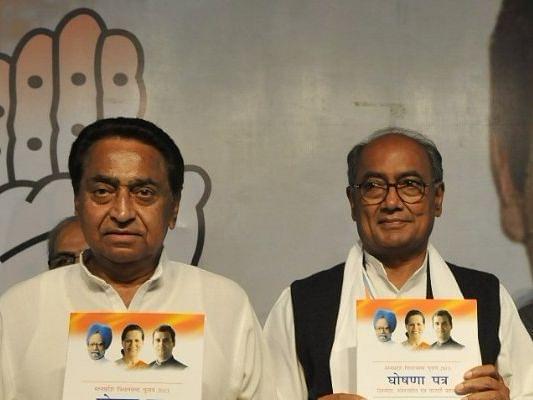 The Madhya Pradesh Honey trap case has expectedly triggered a political slugfest in the state with leaders from both the BJP and Congress hurling accusations against each other.

Many senior leaders including a serving governor, a late chief minister and several politicians of both Congress and BJP are reported to be among the big fish caught in the net.

The BJP expectedly demanded a CBI investigation in the case while the Congress claims the extortion racket flourished during the 15 years of the BJP.

The other accusation is that BJP wanted to trap many MLAs from Congress and get them to cross the floor and destabilise the Congress government. The RSS has also asked the BJP for details on the case as some of its key office-bearers are among the list of suspects.

The state Police on Monday (23 September) formed a special investigation team (SIT) to investigate the honey trap case in which names of several top politicians and bureaucrats are likely to figure.

Police had identified the accused as Aarti Dayal,29, Monica Yadav,18, Shweta Vijay Jain,39, Shweta Swapnil Jain,48, Barkha Soni,34 and Omprakash Kori,45, all of whom are in jail now.

The honey-trapping racket was busted after Indore Municipal Corporation superintendent engineer Harbhajan Singh approached police last week claiming the accused were blackmailing him to the tune of Rs 3 crore over objectionable video clips.

Harbhajan Singh served as Indore's city engineer for more than a decade. It was on the basis of his complaint that the Madhya Pradesh ATS and crime branch of state police unearthed the honey trap gang racket.

The Indore crime branch had arrested two women after setting a trap. Senior Superintendent of Police (SSP) Ruchi Vardhan Mishra told reporters, "Two women accused of gang custody have been interrogated in police custody. We have also found some new clues in the investigation. Based on these, we are in Bhopal, Rajgarh, Chhatarpur and other places But are carrying on the investigation. The gang members had presented fake identity cards during the stay at two hotels in Indore for honey-trapping the targets. Police custody of Aarti Dayal, 29, and Monica Yadav, 18, was extended till September 28 by a local court."

Barkha Soni Bhatnagar, was made the Social Media Coordinator of Madhya Pradesh Mahila Congress in February 2018, who later married Amit Soni, a former functionary of the IT cell of the Congress. Both were removed by the Congress a few months ago.

The stinking sleaze saw many people blackmail the administration system with the close proximity of top officers and leaders. Obscene videos and photographs of about twenty IAS-IPS officers are said to have been seized by the police.

Leader of Opposition in the State Assembly and senior BJP leader Gopal Bhargava, however, said the Congress' allegations are baseless. "Can any government fall to a honey-trap? If the present government claims a threat from a honey trap racket then one can imagine how tentative it is," Bhargava said.

Former Chief Minister Digvijay Singh said in the case of Honey Trap that the names of former ministers and MLAs are cropping up and they are associated with the BJP. Shweta Jain herself has been the General Secretary of BJP Yuva Morcha and she is also very close to BJP leaders, he said.

The BJP leader Jitu Jarati has, however, denied the charge and said Digvijay just wants to stay relevant through misleading facts. Shweta Jain was never an office bearer of Yuva Morcha.

Former Home Minister and BJP MLA Bhupendra Singh said in Indore that the names of the people involved in this case should be made public.