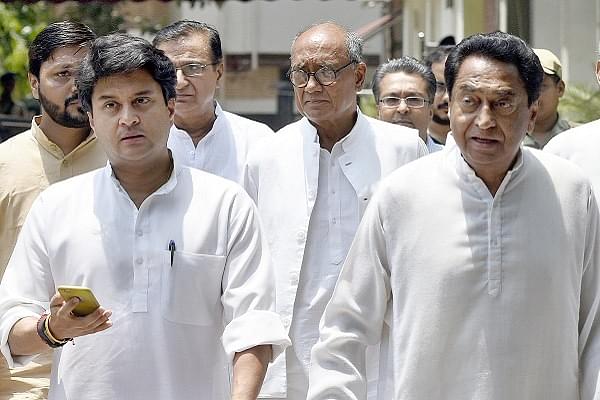 In a major setback to the Madhya Pradesh (MP) Chief Minister (CM) Kamal Nath, five of his close associates and 11 Congress party leaders are under the scanner in the case of the Income Tax (IT) Department's raids conducted on 7 April 2019, reports Indian Express.

The investigation reports and testimonies from the raids which had been submitted by the IT Department to the Election Commission (EC) have now been forwarded to the Central Bureau of Investigation (CBI) for further prosecution.

IT investigators reportedly matched accounting records with testimonies and tracked money transfers through WhatsApp chats and intercepted phone conversations. They alleged in writing on 4 May to EC that the money was “diverted for use of various candidates” while recommending a CBI inquiry.

The raids had also revealed that payments to the tune of Rs 20 crore had been made to the All India Congress Committee (AICC). The investigator's records also underscore that former Chief Minister of MP and 2019 candidate of the Congress party from Bhopal constituency, Digvijaya Singh tops the list of those candidates who had received election funds from persons covered in the searches. He is believed to have received as much as Rs 90 lakh.

These details had been collected by the investigators from the computer of Lalit Kumar Challani who is an accountant who worked with RK Miglani and Praveen Kakkar who are both former aides of the MP CM Kamal Nath. Records show that other 10 Lok Sabha candidates allegedly received between Rs 25-Rs 50 lakh through Challani.