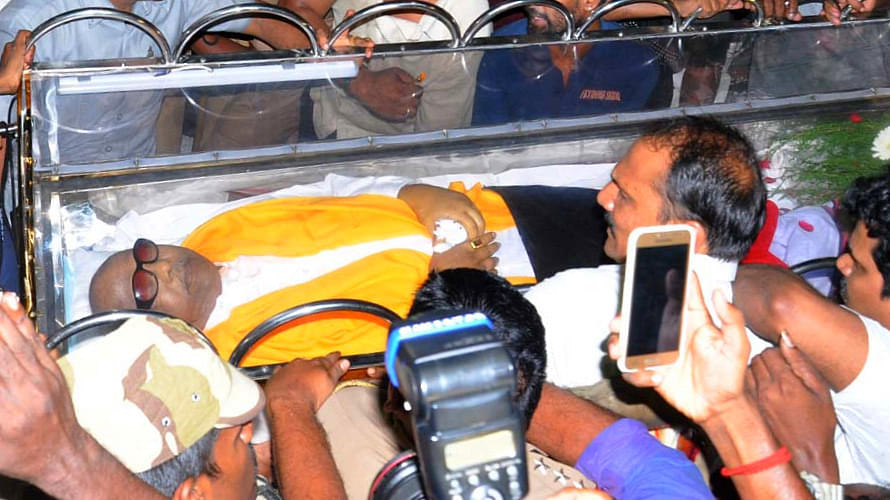 The Madras High Court on Wednesday (8 August) granted permission to the Dravida Munnetra Kazhagam (DMK) to bury the mortal remains of its leader and five-time former Chief Minister M Karunanidhi on the Marina beach.

Earlier, the DMK lawyer P Wilson argued in the court that there was no legal bar on the burial of Karunanidhi’s body on Marina beach. Stating that the Tamil Nadu Government had offered two acres of land near Gandhi Mandapam in Guindy, the DMK counsel said it was a place where Congress leaders K Kamaraj and C Rajagopalachari were buried.

“Karunanidhi cannot be laid to rest in a place allocated for Congress leaders since the policies of both parties varied vastly,” he had argued.

Vaidyanathan, in his submission, wondered why Periyar E V Ramasami, the tallest Dravidian leader, wasn’t buried in Marina if the DMK was to insist on the Dravidian background. He produced before the court an order that Karunanidhi had signed denying space on the beach for the burial of former Tamil Nadu chief minister V N Janaki, wife of AIADMK founder M G Ramachandran.

Even Kamaraj wasn’t allowed to be buried on Marina, the Government counsel pointed out. But Wilson countered that the demand was only to bury Kamaraj’s body inside Congress office in Teynampet.

Vaidyanathan argued that there was no guarantee to any political leader in Tamil Nadu for burial at the Marina beach or Gandhi Mandapam. No one could seek land for burial, he said and denied there was any discrimination against the former chief minister who passed away last evening.

Charging the DMK of playing politics on the burial issue, the Government counsel said the Opposition party had stage-managed withdrawal of petitions questioning memorials coming up on the Marina beach.