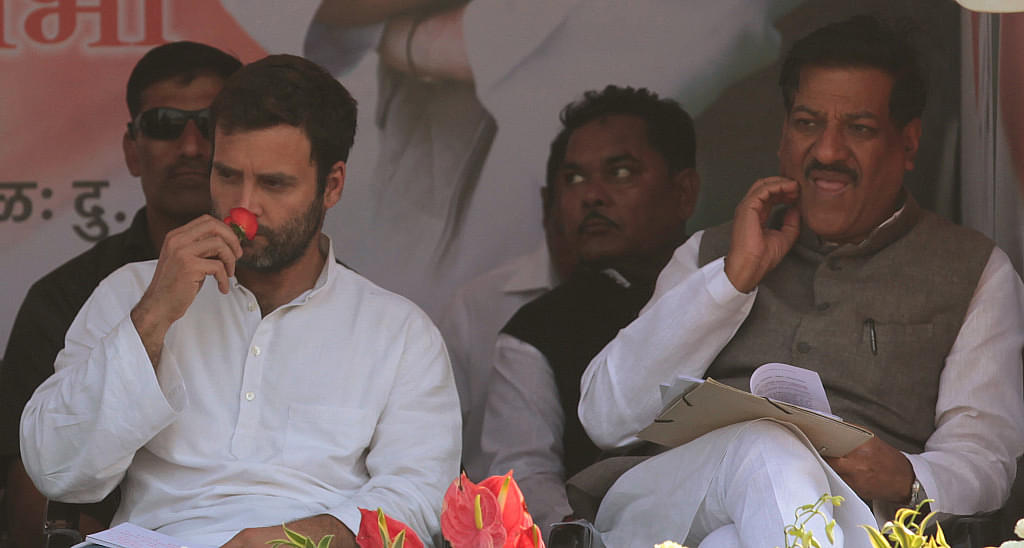 Reactions to controversial remarks from Congress leader and former Maharashtra Chief Minister Prithviraj Chavan have intensified. The Mahant fraternity of Shiva's abode and Jyotirlinga Kashi Vishvanath has decided to ban Chavan and his family from entering the temple situated in Varanasi.

They have urged the pujaris of other Jyotirlingas across the country to do the same, the report says.

Earlier, Hindu pujaris from different trusts have slammed Chavan for suggesting that gold should be taken from religious bodies for combating Coronavirus. They snubbed him by saying that before taking gold from temples, money should be taken from the accounts of Congress workers. Kashi Vishvanath Temple Mahanta family has spoken in a similar tone.

Dharmagurus had earlier raised questions on Chavan's seeking to borrow money from trusts and 'not from mosques and churches'. Similar views have echoed from the Mahant fraternity of Kashi Vishvanath Temple. Questions have been raised on the vote bank politics being played by Congress.

Chavan has been earlier snubbed by pujaris of other trusts for hinting that the gold from trusts should be used to fight Covid-19. Chavan expressed his views on Twitter on the gold lying with religious trusts, hinting that it could be used during the "emergency".

#Stimulus.@PMOindia Govt. must immediately appropriate all the gold lying with all the Religious Trusts in the country, worth at least $1 trillion, according to the #WorldGoldCouncil. The gold can be borrowed through gold bonds at a low interest rate. This is an emergency.PC

The former mahant is reported as accusing Congress: "पृथ्वीराज का वक्तव्य सुनकर मैं हतप्रभ हूं. यह कांग्रेस की सरकार थी जब काशी विश्वनाथ मंदिर में चोरी कराकर इन लोगों ने अधिग्रहण करा लिया (I am hurt by the statement made by Chavan, it was during the Congress government when the Kashi Vishvanath Temple was robbed and taken under control).