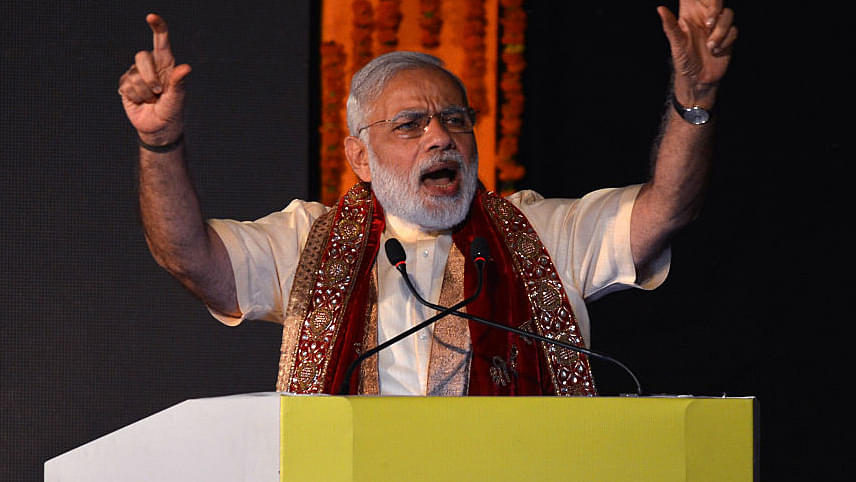 In the sharpest attack yet on the opposition, Prime Minister Narendra Modi on Wednesday (16 October) accused the Congress and the Nationalist Congress Party of always speaking against "national interest".

Addressing an election rally here this afternoon, he said that while the Congress is "family-centred", the NCP is mired in all types of corruption and both parties have lost all semblance of nationalism.

"Whether it was during the surgical strikes or the Balakot air attacks or the recent abrogation of Article 370 and 35A for Jammu & Kashmir, they have always opposed it and spoken against the country or its national interest," Modi thundered.

He said nobody would dare to speak out against the country, against the army or against our soldiers who sacrifice their lives fighting terror, but the Congress-NCP have consistently done this.

"In all matters concerning the country's interests, it is the duty of all people, political parties and leaders to speak united in once voice... If they have any regards for nationalism, they should go wherever the Article 370 is buried and cover it with a shroud," boomed Modi.

Earlier this week at an election rally, Modi had thrown a challenge to the opposition parties to declare in their manifestos for the Maharashtra election and future polls that they would revert to the scrapped legislation.

Claiming that these two parties were "crumbling", Modi said that the present-day Congress had become so much "family-centric" that its nationalistic ideals with which it had fought for India's freedom had taken a backseat.

He urged the gathering to decisively vote for the Bharatiya Janata Party and return it to power in Maharashtra with a higher majority to enable it fulfil its dreams for all-round development of the state and progress of all its people.