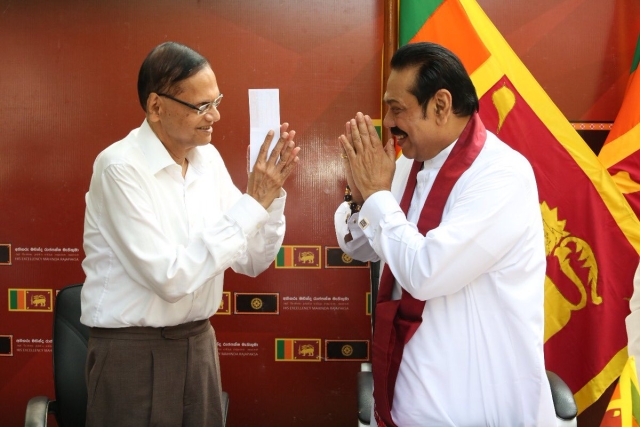 Rajpaksa, who remained President of Sri Lanka for a decade from 2005-2015, was appointed Prime Minister by President Sirisena after sacking Ranil Wickremsinghe, but Sirisena’s party failed to garner support for Rajapaksa in the country’s parliament. After this, Sirisena dissolved the Parliament and called for elections in the island nation on 5 January next year.

On Sunday (11 November) morning, Rajapaksa joined the SLPP, which was launched by his supporters. With this, Rajapaksa ended his five-decades-long association with the SLFP.

According to the report, this move by Rajapaksa signals his wish to contest the polls under his own party banner rather than Sirisena’s SLFP.

SLFP was formed in 1951 and Rajapaksa’s father, Don Alwin Rajapaksa, was one of its founding members.

In 2015, Sirisena defeated Rajapaksa with the support of Wickremsinghe’s United National Party (UNP).

Rajapaksa’s supporters formed SLPP last year to facilitate his re-entry into Sri Lankan politics. The party had a good show in the local council election of February in which it got two-thirds of the total 340 seats.