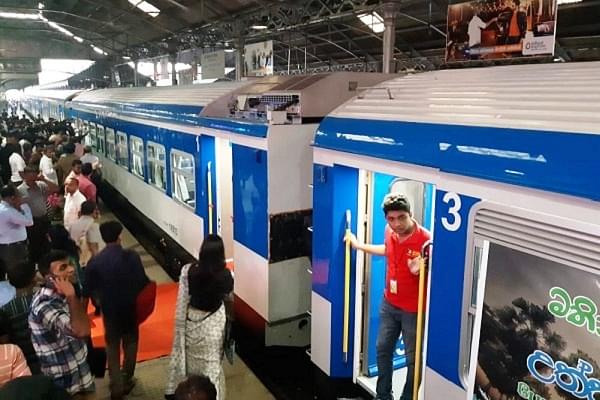 Sri Lanka has deployed a world-class Diesel Multiple Unit (DMU) train, constructed as part of the ‘Make in India’ initiative, to connect the capital Colombo with the city of Kankensanthurai, reports Financial Express.

The passenger train has been funded by the Indian government.

The train set is manufactured by the Integral Coach Factory based in Chennai. As part of the deal signed between the two countries in March 2017, India may eventually supply as many as six DEMUs and 10 locomotives to Sri Lanka Railways.

The contract is worth $100 million overall and is financed with a $1.3 billion line of credit extended to Sri Lanka for the development of its railways by India.