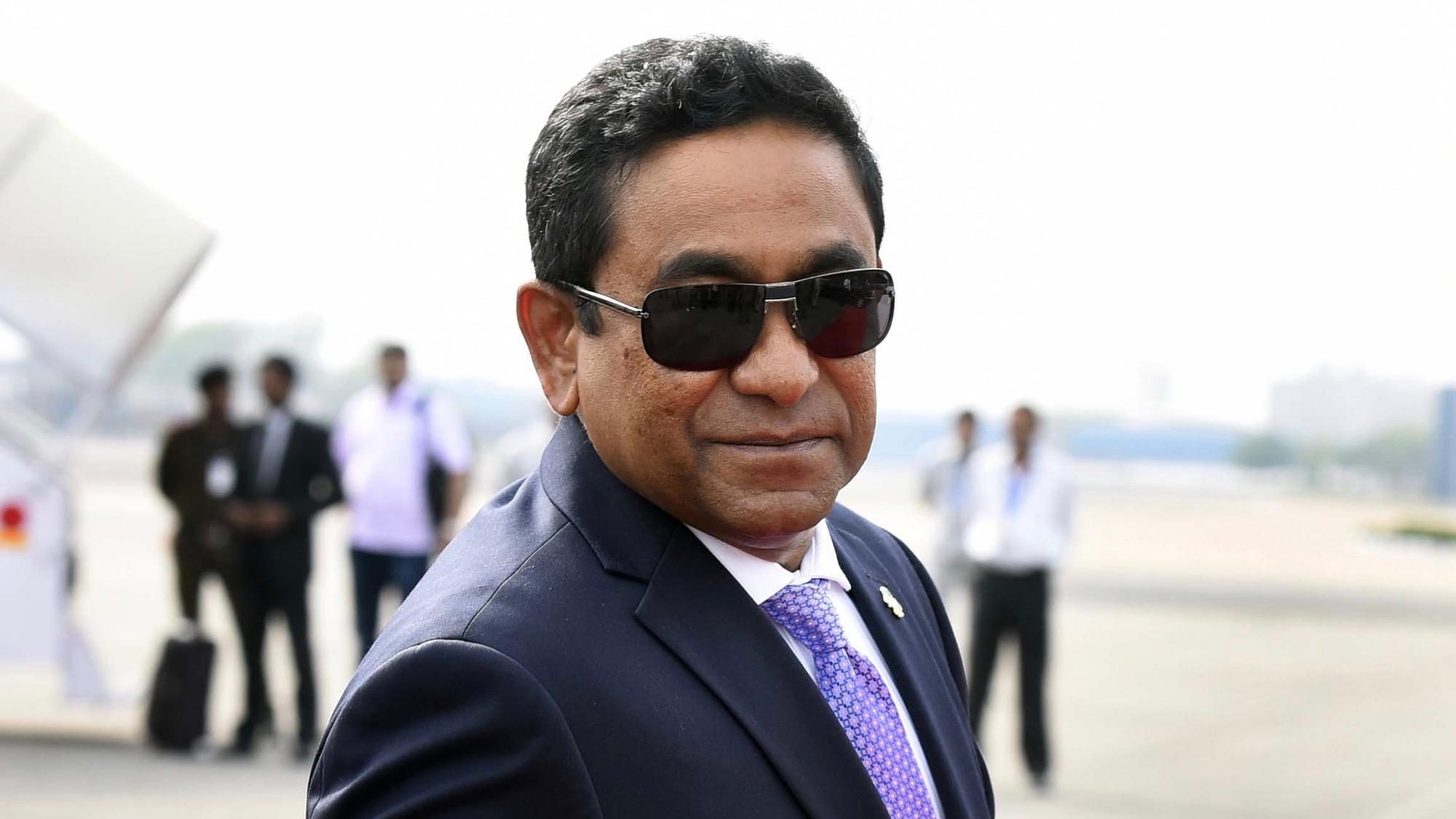 A five bench panel of a court in Maldives has convicted and sentenced former Maldives president Abdulla Yameen to five years in prison for money laundering on Thursday (28 November), reports Asian News International.

The panel has also ordered Yameen to pay $ 5 million fine in the case.

As per reports, the court found Yameen to be guilty of laundering over $ 1 million of state money for personal gains. Prosecutors said the money, fees for leasing land for tourism development, went instead to Yameen's bank account.

During the hearing, dozens of his supporters gathered outside the courtroom saying he was innocent.

Yameen ruled with an iron hand during his tenure between 2013-2018 was widely seen as pro-China and accused of crushing dissent in the island nation.