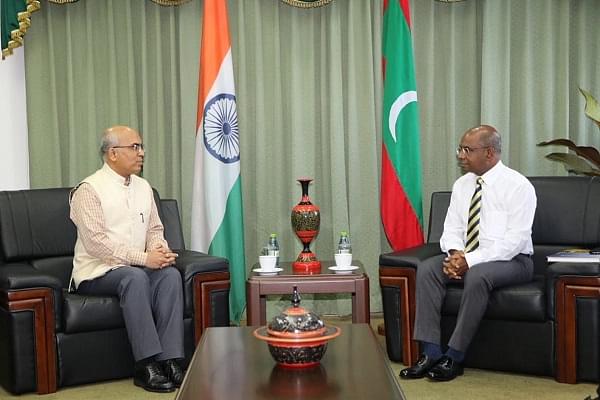 In an interview with the Times of India, Maldives Foreign Minister Abdulla Shahid has said that the new government in Maldives will seek to restore traditional economic and security ties with India. Shahid vowed to prioritise visa issues affecting Indian nationals and stated that the previous government’s decision to remove Indian naval helicopters from the country had been reversed.

He lambasted the previous government under former president Abdulla Yameen for jeopardising ties with India by delaying work visas for Indians and asking the Indian government to remove its naval helicopters from the archipelago.

Shahid will be travelling to New Delhi on his first visit abroad as the Foreign Minister, followed by a visit to China. He expressed his government’s desire for the restoration of reciprocal visa benefits to Maldivian citizens.

He added that his government will restore India’s position as a key trading partner since India had always played an important role in the social and economic development of the Maldives. Under the present government, Male is said to be planning to withdraw from its Free Trade Agreement with China.

“Decisions already taken (by the new government) shows that President Solih will prioritise the Maldives’ traditional relationship with India. PM Modi’s presence at the inauguration and the discussion between the two leaders are a signal of President Solih’s keenness to restore the friendship,” Shahid stated.

The ruling party, the Maldivian Democratic Party (MDP), has called for an audit of all infrastructure projects in the country, expressing concern about China’s economic stranglehold on the Maldives as 70 per cent of its external debt is owed to China.