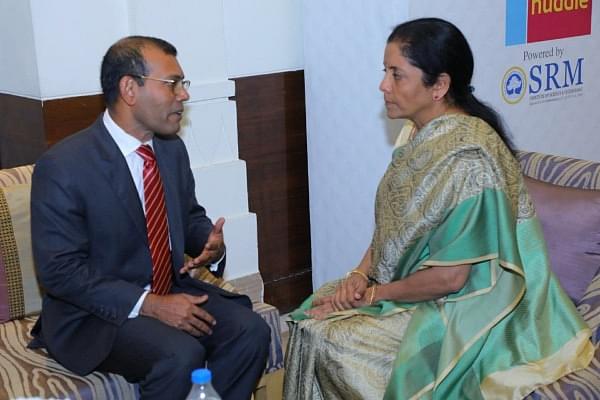 President Abdulla Yameen of Maldives suffered a crushing defeat in the presidential polls against joint candidate of the opposition, Ibrahim Solih. This defeat is significant not only for the ousting of Yameen but also for the larger geo-political context in which it could have great ramifications, especially in the Indian ocean region, reported the Times Of India.

Indian government, even before official declaration of results, congratulated Ibrahim Solih and said that the elections not only marked the triumph of democratic forces, but also reflected a firm commitment to democratic forces and rule of law.

Within hours of conceding defeat by President Yameen, former President Mohamed Nasheed declared, while speaking to ToI, that Indian military helicopters, which Yameen wanted to remove, must stay put in the Maldives.

Nasheed also said that in the light of the alleged ‘land grab’ by China, all the infrastructure projects will be audited by the new government. Coming down harshly on Chinese construction, he said that pretentious infra projects made of “concrete and steel have failed to catch the imagination of the people”.

He also said that the new government will also investigate the inflow of money into the Maldives.

"I am optimistic that China will understand Maldives’ reasons for doing it, given what has happened recently in countries like Sri Lanka and Malaysia," said Nasheed, while thanking India for its support to the joint opposition.

Nasheed, who is considered very close to India, will play a guiding role for the new government of the next President Ibrahim Salih.