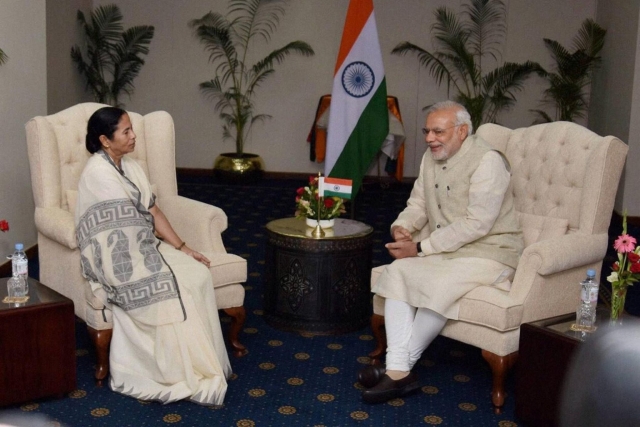 All India Trinamool Congress (AITMC) chief and West Bengal Chief Minister Mamata Banerjee on Tuesday (28 May) said that she will be attending the oath-taking ceremony of Prime Minister (PM) Narendra Modi.

She and other chief ministers were invited to attend the swearing-in ceremony. It is noteworthy that Mamata had a bitter spat with PM Modi during the campaign for the 2019 Parliamentary elections.

"I have spoken to other Chief Ministers also. Since it is a ceremonial program, we thought of attending it. Yes, I will go," Mamata said, as reported by ANI.

Calling it a formal ceremonial programme, she said that it was her constitutional courtesy as well as power. She said that as chief ministers of the states, all of them get invitations to Prime Minister as well as President's oath-taking ceremony, reports India Today.

She is likely to reach Delhi on Wednesday (29 May) "to avoid congestion at the Delhi airport due to movement of international dignitaries".

It should be noted that PM Modi and CM Banerjee had been embroiled in a bitter war of words during the just culminated Lok Sabha elections in which Banerjee has accused PM Modi of bringing goons to West Bengal while the BJP had accused Banerjee of trying to break the democratic system in the state.