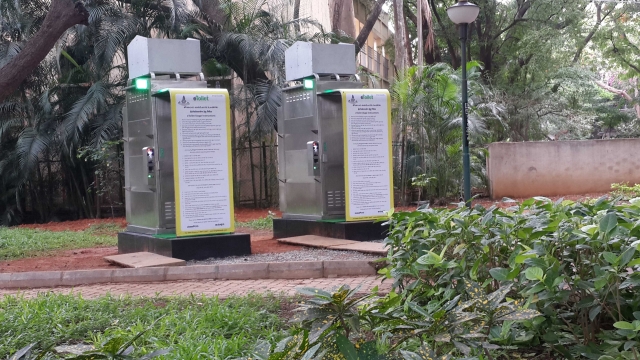 Manipur has become the first state in the North East to install solar-powered toilets, India Times has reported.

According to the report, "The solar panel connected to the toilets absorb the heat to generate power and are also efficient to transform waste material as claimed by the founder."

Chennai-based Ravi Senji (Ravikas Maitri), co-founder of a "social entrepreneurial venture", visited the state with a Manipur-based dealer. They set up solar toilets on trial basis. If successful, the solar toilets will be installed in "almost all tourist spots across the state."

Where did the idea of installing solar-powered toilets in Manipur come from? Tourism Director Waikhom Ibohal, who inaugurated the solar toilets at Ibudhou Marjing Hill, Heingang, last week, said, "I met an entrepreneur while attending a global summit in Guwahati recently where I was introduced to the technology of solar toilets. I immediately thought of using such toilets in Manipur."

According to this report, around 100 units will be installed in Manipur before 2 October. The state is trying to install solar toilets at neglected spots and at public places.