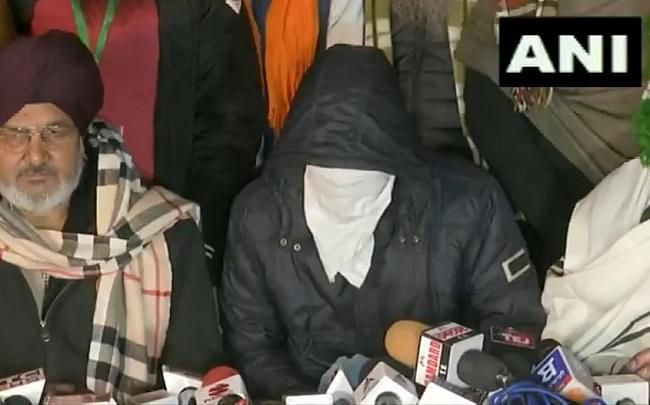 On Friday (22 January) night, the farmer leaders presented a person and alleged that a conspiracy had been hatched to shoot four farmer leaders and create disturbance during their proposed tractor rally in Delhi on 26 January.

The masked man is currently being interrogated by the Haryana Police. He has been identified as 19-year-old Yogesh, a resident of Sonipat.

Yogesh in a video alleges that he was abducted and brutally beaten by the farmers for days to force him to obey their orders. He adds that the farmers told him, if he wants them to release him he will do and say as told.

Horrific. Chilling account of the "shooter" who alleges he was kidnapped, stripped and beaten with belts day after day by a group of farmers for "confessing" to a shooting plot. Look at his red eye. pic.twitter.com/yvxo8RiZsB

He said that like him other youths too were brutally assaulted by the farmers and that forced him to invent the shooting story before the media persons yesterday (22 January).