'Mass Murder, Genocide And Persecution Of Minorities In Pakistan Must Be Stopped': UK Hindu Groups To PM Boris Johnson 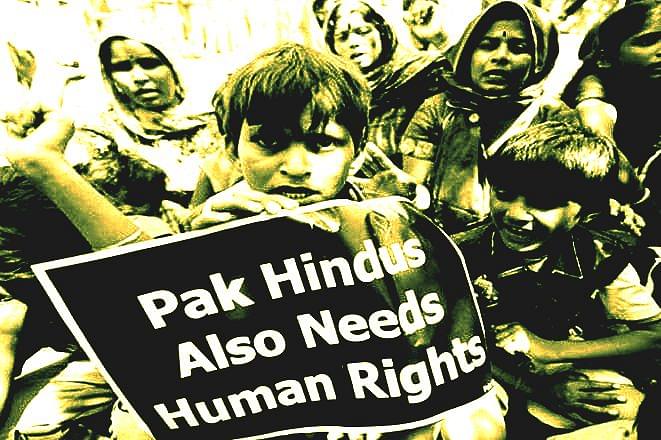 The representatives of the national umbrella bodies for Hindus in the United Kingdom has written a letter to Prime Minister Boris Johnson, asking him to set up a governmental enquiry into the persecution of minority Hindus and Christians in Pakistan.

The letter comes in the aftermath of the destruction of a Hindu temple in the Khyber-Pakhtunkhwa region of Pakistan on 30 December 2020 by a mob of thousands of fanatics led by Muslim clerics.

In the letter, all the major Hindu organisations of the UK have asked Prime minister Boris Johnson to demand action and accountability from the Imran Khan-led Pakistan government.

"We the representatives of the national umbrella bodies for Hindus in the UK should like to seek your urgent action to demand that the Prime Minister of Pakistan does everything possible to stop the rampant persecution of Hindus in Pakistan", the letter reads.

The Hindu groups said that the persecution of minority has been on-going for many years now in the Islamic republic. However, in the recent past the situation for minorities like Hindus is getting dangerously perilous, they said.

Citing the Temple destruction by a mob in Pakistan's Khyber-Pakhtunkhwa province, the groups lamented that vast majority of the UK and International news organisations failed to cover this religiously motivated-hate crime in Pakistan.

The groups also cited other examples of increasing intolerance towards Hindus in Pakistan, including the recent "orchestrated mass public opposition to the building of a Hindu temple in Pakistan's capital, Islamabad, as well as the recent high-profile cases of the abduction and forced conversions of Hindu girls".

"This is just the tip of what we believe to be the systemic mass-scale anti-Hindu agenda, fed by anti-Hindu sentiments openly promoted by Islamic clerics," they said.

Representatives of the national umbrella bodies for Hindus in the UK HFB, @hindu_counciluk @HSS_UK @vhporg @nchtuk wrote to PM @10DowningStreet @BorisJohnson about Persecution of Minorities in Pakistan and demanded urgent action and a Governmental Inquiry. @trujagdish pic.twitter.com/RbWxnzb32f

The groups further said that unlike India's Muslims who number more than 200 million and increasing, Pakistani Hindus in comparison have been decimated since 1947.

"The systematic targeting is of course not only against Hindus, the Christian community stands testament to the same persecution," the Hindu groups said.

"We ask you Prime Minister (Boris Johnson) to set up a governmental inquiry into this issue and to ask all good democracies around the world, via the United Nations, to replicate a similar type of inquiry," they said.

"The mass murder, genocide and persecution of minorities in Pakistan must be stopped," the Hindu groups said.