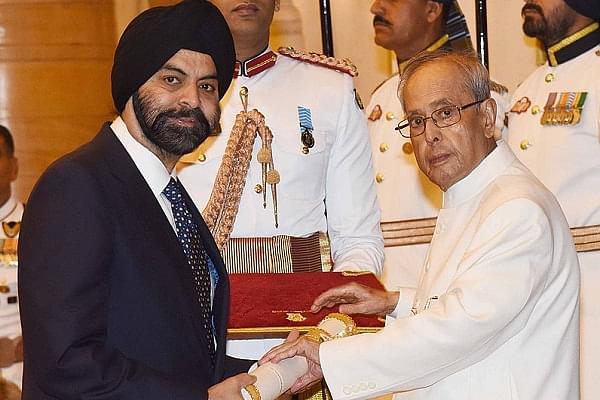 Mastercard CEO Ajay Banga has stated that an Indo-US strategic partnership, or ‘mahagathbandhan’ is the need of the hour at the global level, reports PTI. He argued a lot could be achieved with better ties between the two countries, which are the world’s biggest democracies.

Speaking at the Second leadership Summit of US India Strategic and Partnership Forum, Banga expressed hope that more American students would pursue education opportunities in India.

At the event, the Mastercard CEO was honoured with the 2019 Global Excellence Award in consideration of the role he had played in improved economic ties between India and the US. The award was presented by Jared Kushner, senior advisor to the US President Donald Trump.

Banga called for greater cooperation and communication between doctors, bureaucrats, artists from the two countries.

Commenting on India’s incredible growth in recent years, he said, "In the past 30 years, India's GDP has increased more than 900 per cent. In that same timeframe, India has moved from the world's tenth largest economy, we think this year to the fifth. And in fact, we're overtaking the UK and France this year. And just a couple of months ago, India in fact mobilise more than 600 million people to participate in the largest democratic exercise in the world.”