Mata Vaishno Devi Temple Reopens After Four Months; Devotees From Outside J&K To Be Tested Before Trek 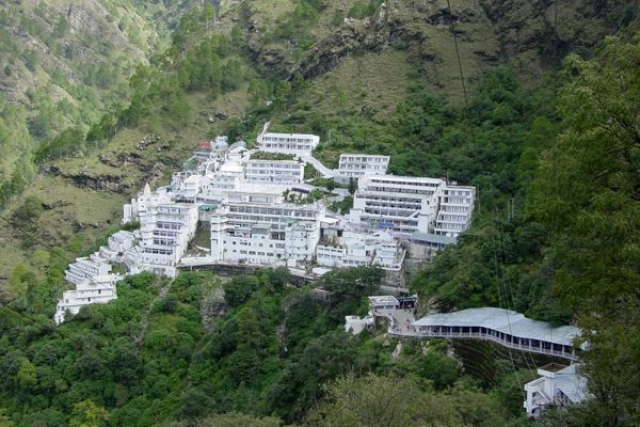 “Two thousand pilgrims will only be allowed to proceed to the shrine daily from today.

“Out of these, 100 would be from outside Jammu and Kashmir and 1,900 devotees would be locals. All outsiders will have to undergo Covid-19 test before they are allowed to undertake the trek to the shrine.

“Thermal scanners have been installed at different places on the trek to Mata’s Shrine. No helpers or ponies will be allowed to move with the devotees who will have to walk the entire trek from Katra base camp”, officials said.

Religious places in J&K were closed following the Covid-19 outbreak. And, in view of this, pilgrimage to Mata Vaishno Devi was suspended four months back.

The shrine situated on the Trikuta Hills in Reasi district of Jammu division is the most thronged religious place in J&K.

Before the pandemic, over 2.40 crore devotees have been visiting the shrine each year.