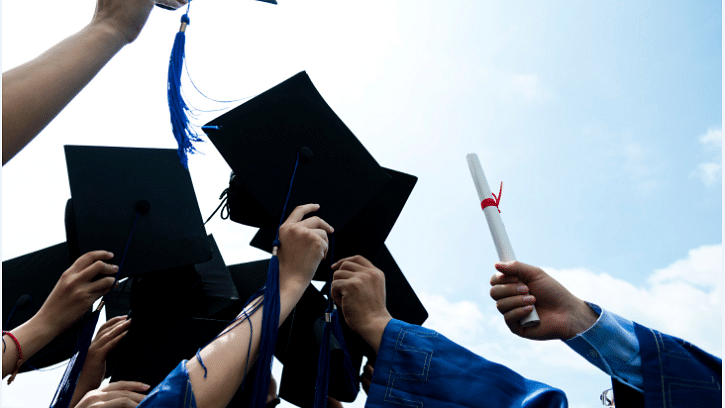 Representative image of students at a convocation. (File Photo)

Beating much higher ranked engineering institutes, including all prominent IITs, the International Institute of Information Technology (IIT-H) has recorded a median salary of Rs 20.35 lakh for its graduates securing jobs during the 2017-18 placement season, according to National Institutional Ranking Framework (NIRF) data, reports TOI.

Even as IIT-H’s NIRF ranks is 39, its median package of Rs 20.35 lakh is significantly higher than the median salary of Rs 13.06 lakh at the top-ranked varsity, IIT Madras. The situation is similar when a comparison is drawn with other prominent IITs such as Bombay, Delhi, Kharagpur, etc.

The average package for IIIT BTech graduates has more than doubled over the past five years, going from Rs 10.30 lakh to Rs 23.55 lakh

Director of IIIT-H, P J Narayanan, said that the institute had always been preferred by international and domestic companies when it came to hiring.

“Companies such as Facebook and Apple started with IIIT-Hyderabad and added IITs in subsequent years. The research-led education that the institute offers produces graduates who are better suited to solve unstructured problems, exploring options by themselves. This has been appreciated by these companies.”