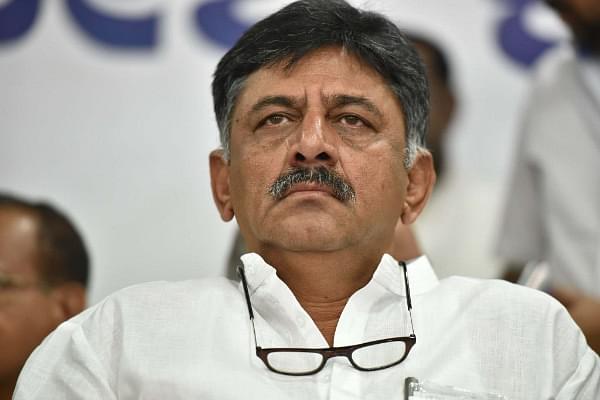 Congress leader DK Shivakumar has apologised to Karnataka’s people on behalf of his government for trying to meddle with religious affairs in reference to the separate religion tag for Lingayats mooted during previous Congress government, News18 has reported. He was speaking at the Dussehra Dharmasamelan attended by the Rambhapuri Seer, Veera Someshwara Shivacharya Swami in Gadag.

Further, he added that no government should try to meddle with religious issues and do politics based on religion. He admitted that the decision taken related to Lingayat religion tag was ‘mistake’ and many within the Congress were opposed to it.

Later, the Water Resources minister said that he stood by his comments when asked about the matter by ANI. He also mentioned that his statement was ‘from the heart and conscious’.

I stand by my statement. Politicians should be away from religion. It was a dharma sabha, I thought it was the right time to apologise. It was a statement from my heart and conscious: Karnataka Minister DK Shivakumar on his earlier statement on Lingayat issue pic.twitter.com/sRxrAAvmr7