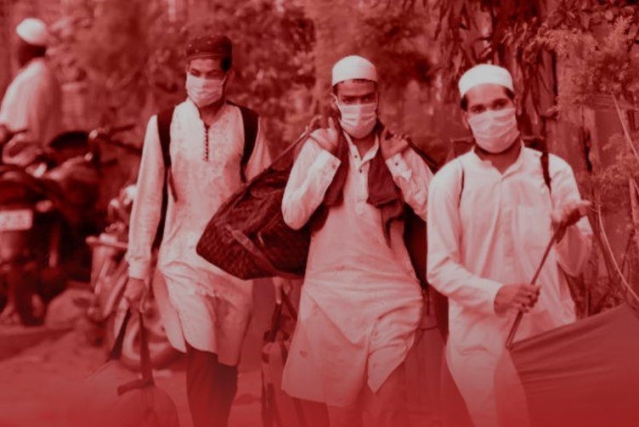 The Home Ministry has started the blacklisting process against 360 more foreigners who have gone to their native places after taking part in Tablighi Jamaat congregation amid the novel coronavirus crisis.

The Ministry made the announcement a day after it blacklisted 960 foreigners who participated in a congregation organised by Tabligi Jamaat, an Islamic group that is now feared to be driving the outbreak in the country despite an unprecedented countrywide 21-day lockdown.

The Ministry on Thursday (2 April) also cancelled their tourist visas. "As you know that the Home Ministry has so far blacklisted 960 foreigners who came in India on tourist visas and they are still staying here. Blacklisting process has been started against approximately 360 foreigners who took part in Tablighi Jamaat activities but returned to their countries," Punya Salila Srivastava, Joint Secretary in Ministry of Home Affairs said in a press briefing.

Indonesia, Bangladesh, Kyrgyzstan, Malaysia, Thailand, Myanmar, and Sri Lanka are among 41 top countries from where over 960 foreigners visited India and participated in Tablighi Jamaat activities organised at Islamic headquarters in Nizamuddin amid COVID-19 pandemic, according to government data.

The Ministry of Home Affairs on Thursday announced to blacklist 960 foreigners and cancel their visa amid its ongoing efforts to identify the contacts of over 9,000 identified Tablighi Jamaat workers who have been to the Tablighi Jamaat headquarters in Delhi's Nizamuddin area, prompting authorities to intensify efforts to trace them since they may be carrying the virus and potentially infecting others.

The Home Ministry also directed the Director Generals of Police of all states and Union Territories (UTs) and Delhi Commissioner of Police to take necessary legal action against all such violators, on priority, under relevant sections of the Foreigners Act, 1946 and Disaster Management Act, 2005.