Modi Government Gets Started With Labour Reforms, Approves Introduction of ‘Code of Wages Bill’ in Parliament 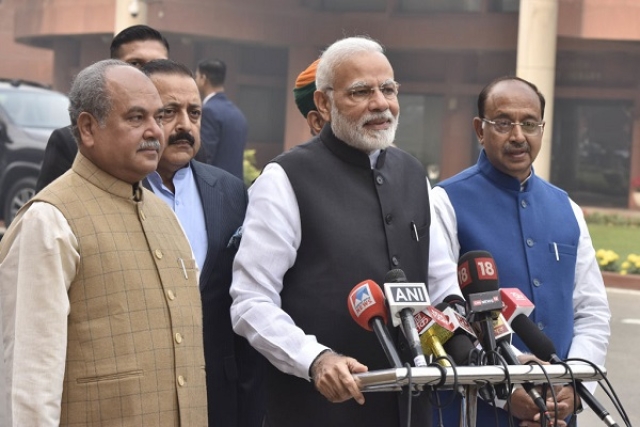 In a bid to simplify the nation's onerous and convoluted labour laws, the Union Cabinet on Wednesday (3 July) approved the introduction of Code of Wages Bill which would then subsume The Minimum Wages Act, 1948, Payment of Wages Act 1936, Payment of Bonus Act, 1965 and Equal Remuneration Act 1976, reports Asian News International (ANI).

The Code of Wages Bill, which is to be introduced in the ongoing Budget session of the Parliament would benefit over 50 crore workers across the nation, if passed by both the houses of the Parliament.

The Bill is a part of four such Bills in a bigger codification process to simplify over 32 central laws in the form of four simpler codes. This would facilitate easier compliance by establishments and promote ease of living, ease of doing business, while also ensuring labour welfare and wage and social security for the workers.

Different states have as many as 2,000 different minimum wages and the code simplifies and reduces them substantially by doing away with 'type of employment' as a criteria. As per the Bill, the minimum wages would be based on geography and skills.

The Code of Wages bill was first introduced in the Parliament by the Modi government during its first tenure in the year 2017, but was referred to the Standing Committee which submitted its report in December 2018. Later, the bill lapsed with the dissolution of the 16th Lok Sabha.