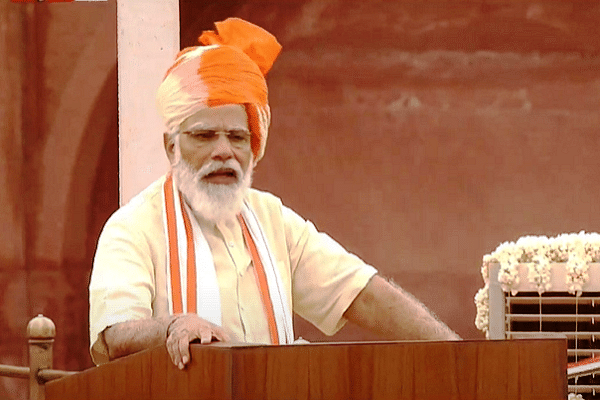 The six UTs where the mission has been rolled out on a pilot basis include Chandigarh, Puducherry, Andaman and Nicobar Islands, Lakshadweep, Dadra and Nagar Haveli, Daman and Diu, and also Ladakh, the newest UT in the nation.

The National Health Authority (NHA) has been mandated and empowered by the Government to design, build, roll-out and implement the NDHM, under which every Indian will get a unique health ID which will ease the access to medical services across the nation.

Making the announcement from the ramparts of the Red Fort, the Prime Minister said that the mission will bring about a revolution in the health sector and that a Unique Health ID will be provided to every citizen which will have details of the diseases, diagnosis, reports, medication etc., in a common database through a single ID.

The NDHM is a holistic, voluntary healthcare programme that will reduce the existing gap between various stakeholders such as doctors, hospitals and other healthcare providers, pharmacies, insurance companies, and citizens by bringing them together and connecting them in an integrated digital health infrastructure.

The National Health Authority, the attached office of the Ministry of Health and Family Welfare, has been given the mandate to design, build, roll-out and implement the mission in the country.

Expanding on the key components, Dr Indu Bhushan, Chief Executive Officer of the National Health Authority, said, "The core building blocks of the mission is that the health ID, DigiDoctor and Health Facility Registry shall be owned, operated and maintained by the Government of India."

Private stakeholders will have an equal opportunity to integrate and create their own products for the market, Bhushan said, adding that the core activities and verifications, for example, generation of Health ID or approval of a doctor will, however, remain with the government.

"The additional components, like Personal Health Record and Electronic Medical Record solutions can be developed by private players as well, in line with guidelines that will be issued. All such products by private participants shall be as per official guidelines taking care of security, privacy and standards of the NDHM ecosystem," Bhushan said.

The mission aims to liberate citizens from the challenges of finding the right doctors, seeking appointment, payment of consultation fee, making several rounds of hospitals for prescription sheets, among several others and will empower people to make an informed decision to avail the best possible healthcare.

Union Health Minister Harsh Vardhan welcomed the announcement and said, "Based on the initial learnings in the UTs, we will gradually work in partnership with the States to launch the NDHM. I seek the whole-hearted support, inputs and cooperation of doctors, healthcare facilities, citizens and state governments to adopt this game-changing scheme."

Welcoming the step, Nimesh Desai, Director at the Delhi government-run Institute of Human Behaviour and Allied Sciences (IHBAS), said, "It is an excellent step and need of the hour since everything is moving to digital. However, I hope it should be linked with Ayushman Bharat and equal emphasis should be given to the patients of mental health."

He added, "Till date, it is being neglected but it is high time to put focus on it. The insurance providers, especially in the private sector, still do not consider mental health issues an illness. We need to change this discourse to remove the stigma attached with such patients and inclusion of government health insurance with the digital health mission could prove very helpful in it."

"The launch of the National Digital Health Mission could not be more timely. Health ID cards will help consolidate medical records, ensure uniform standard of care, and minimize errors in record keeping," he added.

He suggested that if electronic health records are linked to the Aadhaar card, it can be used to create patient registries for big data analytics, which will allow physicians to track the health status of their patients, perform better predictive analyses, and improve health outcomes.

"We also need to incorporate smart devices into our healthcare service delivery systems. Most patients living in urban regions use a glucometer, digital thermometer, pulse oximeter and an electronic blood pressure monitor these days. As these are attached to a mobile app, the readings are sent to a physician directly, who can then advise them on the best course of treatment," Thaploo added.