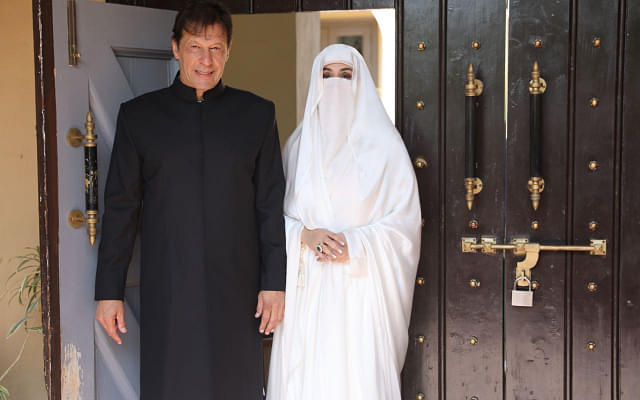 Pakistan's Prime Minister Imran Khan on Sunday (Oct 25) accused French President Emmanuel Macron of "attacking Islam", after the European leader refused to back down and defended the publication of cartoons depicting the Mohammed )who Muslims consider their prophet) .

Khan’s blistering attack on Macron came after the French President condemned the brutal beheading of a French history teacher for showing cartoons of Mohammed in class.

Macron said that the teacher, Samuel Paty, "was killed because Islamists want our future", but France would "not give up our cartoons". French president dedicated a high-level ceremony to Samuel Paty. Macron also pledged to fight "Islamist separatism" that threatened to take hold of some Muslim communities around France. France also launched a tough crackdown aimed at dismanting Islamist terror infrastructure.

"This is a time when President Macron could have put a healing touch and denied space to extremists rather than creating further polarization and marginalization that inevitably leads to radicalization," Khan tweeted

Hallmark of a leader is he unites human beings, as Mandela did, rather than dividing them. This is a time when Pres Macron could have put healing touch & denied space to extremists rather than creating further polarisation & marginalisation that inevitably leads to radicalisation

"Sadly, President Macron has chosen to deliberately provoke Muslims, including his own citizens, and encouraged the display of blasphemous cartoons targeting Islam and the Holy Prophet [Muhammad]," Imran Khan added.

"It is unfortunate that he has chosen to encourage Islamophobia by attacking Islam rather than the terrorists who carry out violence, be it Muslims, White Supremacists or Nazi ideologists.”Imran Khan claimed.

Erdogan has been angry over the Macron’ clarion call to protect France’s secular values and sweeping measures that France has announced to combat Islamic terrorism after a history teacher was beheaded for showing a cartoon of Mohammed.

“What is the problem of this person called Macron with Muslims and Islam? Macron needs treatment on a mental level,” Erdogan said during a speech he delivered at a provincial congress of his Justice and Development (AK) Party in the central Turkish city of Kayseri on Saturday.(Oct 24)