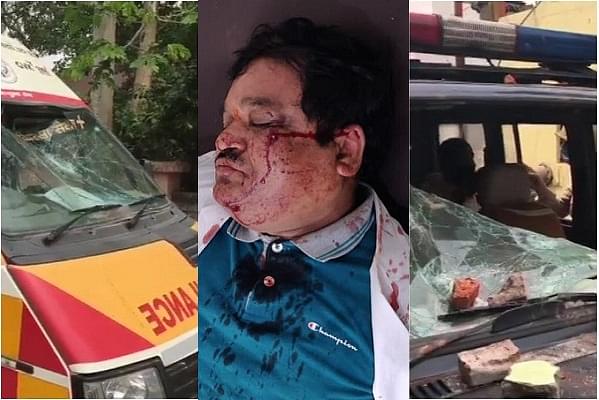 Of the 17 persons arrested for allegedly attacking a team of health staff and policemen in Nawabpura locality in Moradabad on 15 April, five have tested positive for the coronavirus.

As soon as the test reports came in on Tuesday (21 April) evening, the entire Nagphani police station was quarantined.

According to senior superintendent of police (SSP) Amit Pathak, "All policemen, including the station house officer (SHO) of Nagphani, had come in contact with the accused while arresting and shifting them to jail. They have all been quarantined and the police station is being sanitized."

Sources said that 73 policemen have been quarantined.

Meanwhile, the five attackers, who have tested positive for the deadly virus have been kept in a temporary jail set up at a public school on Delhi Road.

Health officials said that 15 new Covid-19 cases, including a doctor and nurse working at a quarantine centre, have taken the tally in Moradabad to 69. The district has witnessed three deaths so far.

Among the new cases is an inmate housed in the district jail. He was arrested on April 11 for stealing a car.

Mainather police inspector Paan Singh said, "The accused were arrested on 11 April and sent to jail the next day. Their samples were sent for testing and one of them has been found positive."

Seven policemen, including the Mainather SHO, have been placed under quarantine.

The CMO said that a 70-year-old Rampur resident, who was diabetic and already quarantined at Teerthanker Mahaveer University, succumbed to the pandemic on Tuesday.