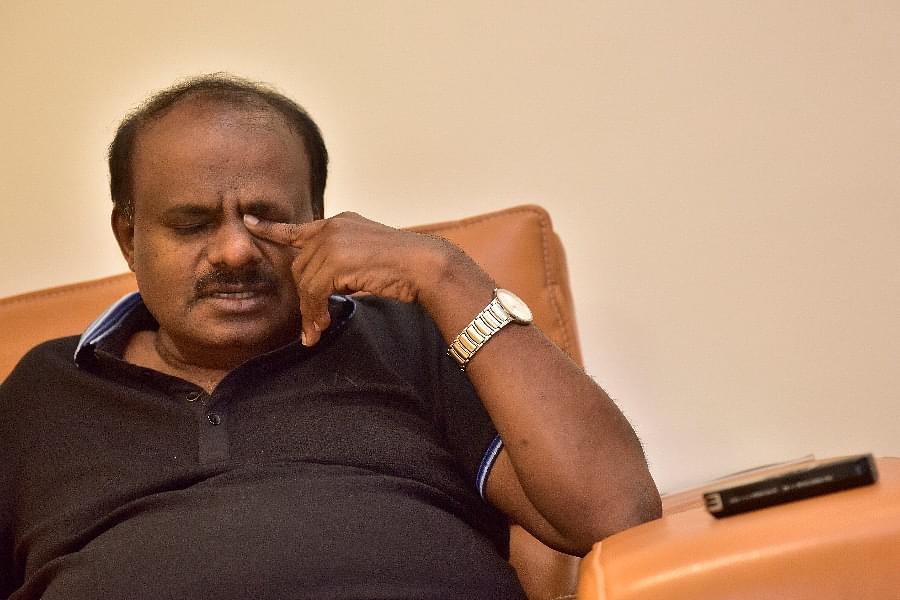 Soon after BJP's B S Yeddyurappa was sworn-in as the chief minister on Friday, a faction of the JD(S) urged the party's leadership to extend support to BJP, either by aligning with it or extending outside support, while the other was content to sit in the opposition ranks.

JD(S) leader and former minister G T Deve Gowda said that the pro-BJP faction was very much vocal within the party circles. “We unanimously decided to leave the decision up to Kumaraswamy. He will take a call on this,” he said soon after a party meeting at the Taj West End Hotel in Bengaluru.

The move has raised eyebrows, particularly after the party had a series of bitter exchanges with BJP during the last 14 months while it ran a coalition government with the Congress.

Just a few hours ago, the JD(S) MLAs and other leaders, including Kumaraswamy, had desisted from attending the swearing-in ceremony of Yeddyurappa citing 'various reasons', in spite of an invitation from the BJP state president.