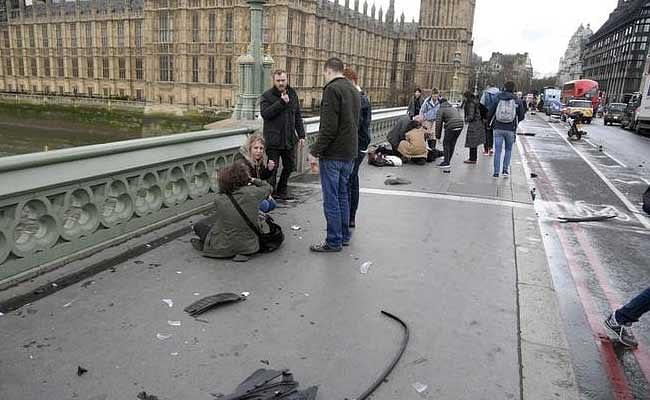 The aftermath of the UK terror attack.

Five Killed In UK Terror Attack: In what the UK police called a terrorist incident, five people were killed and at least 20 injured in London on Wednesday after a car ploughed into pedestrians and an attacker stabbed a policeman close to the British parliament. The dead included the assailant and the policeman he stabbed, while the other victims were among the pedestrians hit by the car as it tore along Westminster Bridge. External Affairs Minister Sushma Swaraj said there is no Indian casualty.

Aadhaar For IT Returns: Bid To Plug Tax Evasion: The Union government said on Wednesday that making Aadhaar mandatory for filing income tax returns was necessary to plug evasion and frauds as Finance Minister Arun Jaitley indicated that it could replace other identity cards such as PAN and voter cards in future. Replying to the debate on the 2017 finance bill, Jaitley rejected the opposition party's demand to re-examine the issue of making Aadhaar mandatory for IT returns.

Nine States Under Fire For Failing to Implement Food Security Act: The Supreme Court on Wednesday reprimanded nine drought-affected states for failing to implement the National Food Security Act (NFSA). A bench headed by Justice Madan B Lokur said despite considerable time given to these states, they have failed to enforce it. It directed the chief secretaries of the states to inform whether a social audit can be conducted and affidavits filed explaining the measures taken by them to deal with the drought situation.

Doctors’ Strike Escalates: More than 4,000 student doctors of Maharashtra have decided to continue their stir, which on Thursday will enter its fourth day. The strike is set to intensify and take a pan-India colour with 40,000 doctors from the Indian Medical Association and resident doctors from Delhi lending their support to protest against violence against the fraternity. This comes after talks between Maharashtra Medical Education Minister Girish Mahajan and striking doctors failed last night.

Delhi Civic Election Postponed: State Election Commission on Wednesday postponed the Delhi municipal elections to 23 April and the counting to 26 April due to Central Board of Secondary Examination Class XII examinations. Earlier the polling was scheduled for 22 April and counting on 25 April. The schedule of all other election activities, like filing, withdrawal and scrutiny of nominations remain unchanged.

ECI Freezes AIADMK’s Election Symbol: The Election Commission of India (ECI) on Wednesday has decided to freeze the All India Anna Dravida Munnetra Kazhagam’s (AIADMK) "two leaves" election symbol, after representatives from both V K Sasikala and O Panneerselvam camps made their claim for it. The ECI has given both factions time till 10am on Thursday to choose new symbols to contest the crucial R K Nagar bypoll. It further remarked that it needs more time to read the voluminous documents submitted by both factions.

Gulf Travel Ban Denied: The government has denied imposing restrictions on its nationals travelling to the Gulf countries. Minister of State for External Affairs General V K Singh informed the Lok Sabha that his ministry is actively monitoring the situation from security and economic perspectives. He said the economic downturn in the Gulf countries has resulted in many unskilled Indian workers stranded in the country without months of salary.

How Abdul Basit Can Help Pakistan Make Sense Of Modi’s India: Basit can provide Pakistanis with a much-needed reality check on their expectations from Modi’s India. It is, of course, possible he will not find a receptive audience back home.

The Welcome Idea Of More Maternity Leave: India’s new Maternity Benefits (Amendment) Bill, 2016, which increases the duration of maternity leave to 26 weeks, must be seen as a social and moral revolution. The government is signalling that biological commitments will not be held against a particular gender.

Opting Yogi, Modi Has Both Rewarded And Challenged Him: If the BJP’s bet on Adityanath pays off, it will throw up a mass leader and experienced administrator with possible electoral impact not just in UP but across the Hindi heartland.

Sexual Harassment: Just Take It Out Of The Office: The media, which will go to town with news reports of sexual harassment charges, will usually move on to the next big story in a week, at best. And life will get back to ‘normal’.