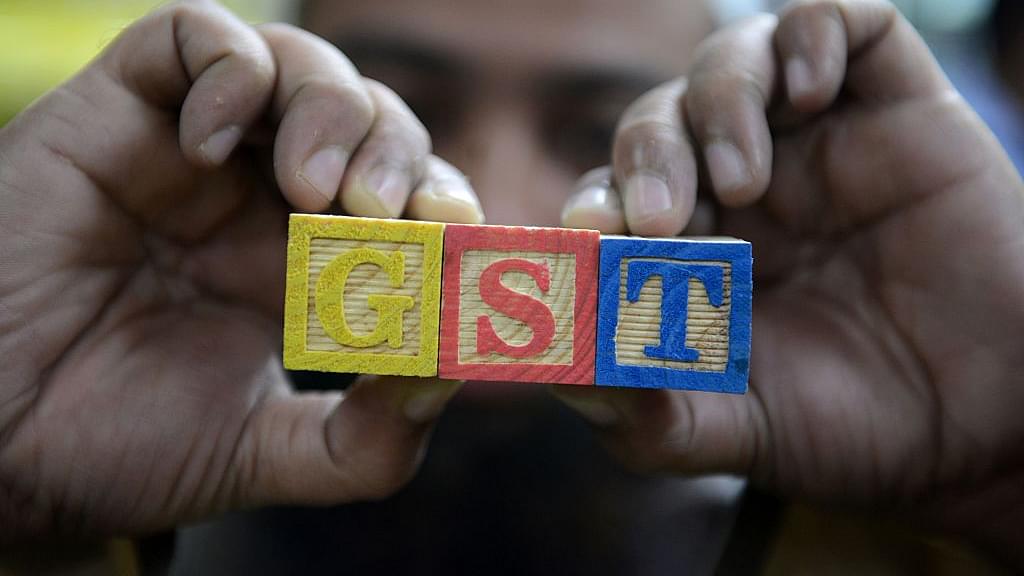 GST will be a boon for India, says World Bank. (NOAH SEELAM/AFP/Getty Images)

GST Will Strengthen India’s Growth, Says World Bank: A World Bank report said the economy will grow 7.2 per cent in 2017-18 and 7.7 per cent in 2019-2020 and implementation of the goods and services tax (GST) will give a push to overall economic growth and revenues. According to Junaid Ahmad, World Bank country director in India, the GST would cut the cost of doing business for firms, reduce logistics costs of moving goods across states, while ensuring no loss in equity. He said increased participation of women in the economy can propel India closer to a double digit growth.

Madras High Court Stays Centre’s Ban On Cattle Slaughter: Amid protests condemning the central government’s decision to ban the sale of cows and buffaloes for slaughter, the Madras High Court on Tuesday issued an interim stay order of four weeks on the implementation of new central government's rules on the cattle trade. The Centre’s move evoked strong reactions from politicians across the country, particularly in Kerala, West Bengal and Tamil Nadu. Beef Fests have been organised around the country in protest against the Centre’s decision.

One Rupee Note Set For Comeback: The one rupee note is set to make a comeback after more than two decades. The government announced that the smallest denomination note is being printed and it is ready for release soon. The rupee one note was discontinued in 1994. The Reserve Bank of India said the existing currency notes in this denomination in circulation will also continue to be legal tender. The new note will have an overall colour scheme of pink and green on the obverse and reverse, in combination with other colours.

New Push For Clean Goa: To tackle the menace of garbage and litter in public place, Goa Chief Minister Manohar Parrikar on Tuesday announced a fine of up to Rs 5,000 on those buying or selling plastic bags in the state. This measure is part of the government’s efforts to keep Goa clean. “We might give some relaxation in the beginning in terms of the amount of fine, but we are strictly going to implement the ban,” he said. Parrikar added that the state government has also taken up an initiative to clear the highways of the garbage piles.

Zakir Naik Seeking Malaysian Citizenship: Controversial Islamic preacher Zakir Naik, who is wanted by the National Investigation Agency (NIA) in cases relating to terror and money laundering, is reportedly seeking citizenship in Malaysia. NIA sources said that the preacher has been changing his base frequently after the NIA moved the Interpol for issuance of a red corner notice (international arrest warrant) against him. Naik is accused of spreading hatred by his provocative speeches, funding terrorists and laundering several crores of rupees over the years.

Air India Privatisation Push: The central government is looking at exiting Air India completely, as the NITI Aayog has proposed total privatisation of the national carrier. Civil Aviation Minister Ashok Gajapathi Raju said the government is examining the suggestions made by the think tank. The airline is currently running on a bailout package which has infused Rs 25,000 crore over the past few years, and another Rs 25,000 crore is expected over the coming decade. Finance Minister Arun Jaitley had said earlier that the government was open to the option of bringing a strategic investor into the airline.

Too Early To Declare Victory On Inflation: The RBI’s monetary policy committee has chosen inflation targeting to fix interest rates. Inflation has moderated in the aftermath of demonetisation, but it is too early to warrant a shift in RBI policy stance.

Six Innovative Ways To Fund Transport Infrastructure: How can we innovate more and draw more investors for a win-win deal? Here’s a look at six financial innovations possible in the transport sector.

Seeking The Elusive Balance In Centrifugal India: Sustainability of the union requires a careful balance between centripetal forces, such as GST, and respect for states’ aspirations and their need for autonomy.

Cow Politics: If BJP Wants To Lose 2019, This Is The Right Way To Go About It: Hindus have reverent feelings for the cow because it supported Indic civilisation in its first attempt at greatness. It would be a pity if the same cow is used to destroy this greatness through petty political nonsense.

Swarajya Apps: Enjoy reading morning brief and all other articles from Swarajya on your mobile. Download our app on Android and iOS.