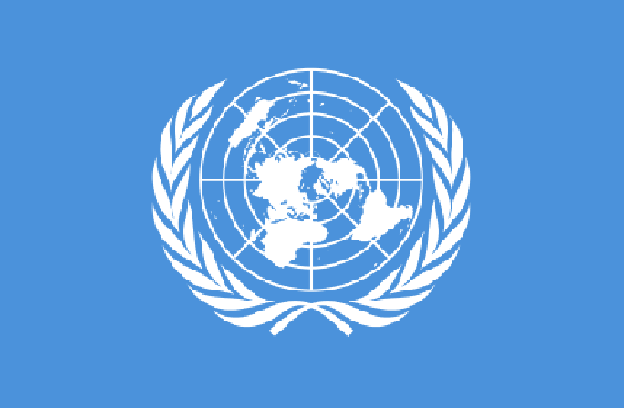 India Ratifies UN Pact To Counter China’s OBOR: In a world where China's One Belt One Road (OBOR) initiative is the dominating project straddling economics and geopolitics, India has no option but to play a better game if it wants to be counted as a serious rising power. Keeping this in mind, India on Monday became the 71st country to ratify the United Nations TIR (Transports Internationaux Routiers) Convention, a move that will help boost trade through smoother movement of goods across territories. The ratification aims to integrate the economy with global and regional production networks through better connectivity.

India-Afghanistan Freight Corridor Now Operational: India and Afghanistan established a direct air freight corridor with the first flight from Kabul arriving in New Delhi on Monday. The flight, which carried 60 tonnes of cargo from Afghanistan, was flagged off in Kabul by President Ashraf Ghani and received by Foreign Minister Sushma Swaraj. "The arrival of the cargo flight from Kabul to Delhi marked the inauguration of the dedicated air freight corridor,” said the Ministry of External Affairs. The connectivity established through the air freight corridor will provide Afghanistan greater access to markets in India, and will allow Afghan businessmen to leverage India's economic growth and trade networks for its benefit.

Punjab Waives Off Rs 24,000 Crore Farm Loans: Punjab became the third state this year – after Uttar Pradesh and Maharashtra – to announce a total waiver of all crop loans up to Rs 2 lakh for small and marginal farmers (up to five acres) and a flat Rs 2 lakh relief for all other marginal farmers, irrespective of their loan amount. According to an estimate, the waiver will cost the debt-ridden state Rs 24,000 crore. Chief Minister Amarinder Singh said the move would benefit 10.25 lakh farmers. Some 8.75 lakh farmers have farms of up to five acres.

Presidential Polls: A Cakewalk For NDA’s Kovind: Even if the opposition decides to field a candidate, the election of Ram Nath Kovind, the National Democratic Alliance's presidential candidate, will largely be academic, with the ruling alliance already having the committed support of 57.85 per cent of the electoral college which will elect the next president. Biju Janata Dal chief and Odisha Chief Minister Naveen Patnaik came out in support of Kovind. Samajwadi Party and Bahujan Samaj Party have hinted about possible support to the NDA nominee. Congress and other opposition parties are meeting on Thursday to decide if they want to field a challenger to Kovind.

I-T Department Seizes Properties Of Misa Bharti: The Income Tax department on Monday seized benami properties of Rashtriya Janata Dal lawmaker Misa Bharti, her husband Shailesh Kumar and Bihar Deputy Chief Minister Tejashwi Yadav. Bharti was issued two summons to appear before Delhi investigation wing of I-T Department but failed to appear. The couple allegedly have links with a firm which is suspected to have entered into Rs 1,000 crore benami deals for purchase of a farm house in Delhi's Bijwasan area. According to the Benami Act, they will be given 90 days to explain alleged benami transactions failing which the department will start tax realisation and confiscation process.

Tata Group Plans Jaguar Land Rover Global Listing: The Tata Group, which was responsible for Jaguar Land Rover turnaround, is now considering an initial public offering (IPO) for it. Senior Tata Group officials have held preliminary internal discussions over the past few months about the potential listing of Jaguar Land Rover on an international stock exchange, said sources. The conglomerate is weighing London and New York as possible listing venues for Jaguar Land Rover, which is a unit of Tata Motors, they said. The Indian company has turned around Jaguar Land Rover since buying the business from Ford Motor, helping boost revenue more than sevenfold between 2008 and 2015.

Terror Threat: Delhi On High Alert: Delhi was put on high alert after an intelligence tip-off warning of a terror attack on crowded public spaces. “According to the specific intelligence inputs on 10 June about militants are planning a series of terror attacks at various places in India. While further details are yet to emerge, initial indications point towards possibility of crowded public places, market and locations frequented by foreign nationals being among the possible targets,” said a Delhi Police advisory. The security agencies have also been directed to keep a tab on suspicious articles if found in vehicles and to conduct proper checking on interstate borders.

NASA Discovers 10 Earth-Like Exoplanets: Astronomers using the Kepler space telescope have detected 219 possible new exoplanets – planets outside of our solar system – in our galaxy, including 10 relatively small, rocky and possibly habitable planets similar to our Earth, NASA announced on Monday. Kepler has already discovered 4,034 potential exoplanets, 2,335 of which have been confirmed by other telescopes as actual planets. The 10 new Earth-size planets bring the total to 50 that exist in habitable zones around the galaxy.

Time For India To Wake Up To The New World Order: If the current re-hyphenation of India and Pakistan being conducted is worth watching, it is because the power doing the re-hyphenating is no longer the US, but China.

A Hasty Rush To Judgement On Demonetisation: The government probably should have restructured public sector banks before announcing the note ban. The failure of the government lies not in the note ban exercise but in the failure to grapple seriously with the inefficiencies that inhere in the Indian way of farming.

Moving Forward On Defence And Security: Prime Minister Modi’s US visit is a chance to boost security cooperation and understand each other’s strategic priorities. It provides an opportunity to highlight the value of an India that is willing to play a greater burden-sharing role.

Demonetisation’s Effect On Income Inequality: Studies have shown that unconventional expansionary monetary policies have had a positive impact on reducing income inequality. The only way to offset the overall adverse impact on incomes of the poor, and thus increase in inequality, is through government transfers.

Modi’s 80:20 Truth: Five Things He Needs To Get Done For Re-Election In 2019: Modi does not have the time to do too much over the next 18 months, and so he has to focus and prioritise. Here are five things that he needs to get done to have a better chance at getting re-elected.