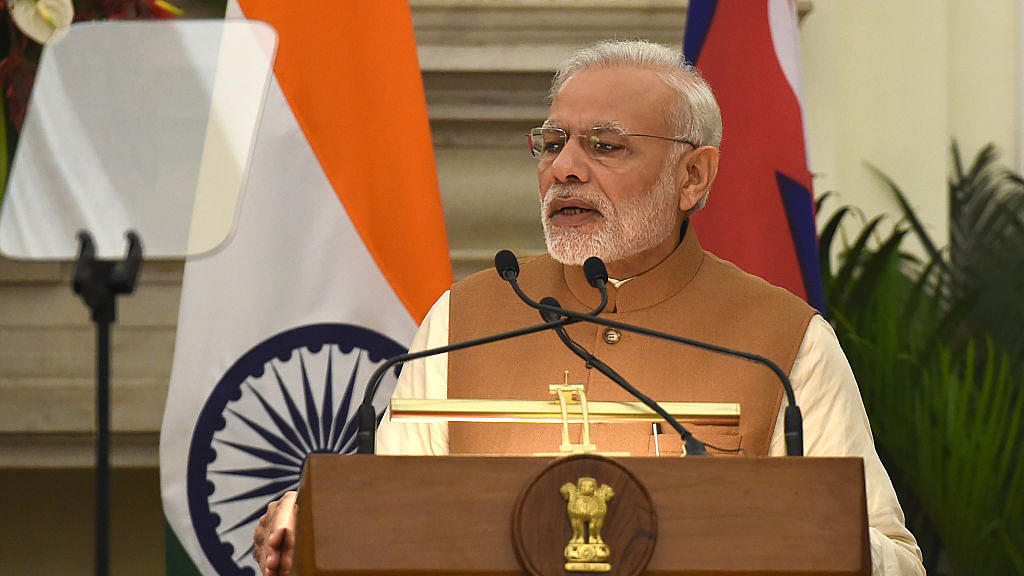 Modi’s Central Asia Outreach: Prime Minister Narendra Modi arrived in Kazakhstan to attend the Shanghai Cooperation Organisation (SCO) Summit where India will be inducted as full member of the bloc, in the first ever expansion since its inception in 2001. Pakistan is also expected to be inducted. Modi is expected to expand outreach to the resource rich region as well as Afghanistan and strengthen regional anti-terror ties. India's entry into the China-dominated grouping is seen as a major milestone as it is expected to increase the group's heft in regional geo-politics and trade negotiations besides giving it a pan-Asian hue.

Diesel, Petrol Prices To Change Daily From 16 June: State-run oil marketing companies will now revise retail prices for petrol and diesel on a daily basis starting from 16 June, as against the present practice where oil marketing companies adjust prices on a fortnightly basis. The public sector oil marketeers — Indian Oil Corporation, Hindustan Petroleum and Bharat Petroleum — launched a pilot project in May for daily dynamic pricing at petrol pumps in Udaipur, Puducherry, Visakhapatnam, Jamshedpur and Chandigarh. Based on the ‘successful implementation’ of the pilot project, the firms have decided to start daily revision across the country, they said on Thursday.

ID Proof To Be Made Mandatory To Book Air Tickets: As the government looks to facilitate paperless travel, air passengers will soon be required to share their unique identity details at the time of booking tickets. Minister of State for Civil Aviation Jayant Sinha today said the ministry plans to introduce "digital unique identification" requirement at the time of booking air tickets. Currently, air travellers are required to carry a copy of their identity while entering an airport. “There are various ways of securing that unique identification. Clearly, the best way of doing it is by using Aadhaar and other ways are by using a passport or PAN card,” said Sinha.

New Liquor Policy In Kerala: The Communist Party of India (Marxist)-led Left Democratic Front Government (LDF) on Thursday unveiled a new liquor policy for Kerala that allows sale of Indian-made foreign liquor (IMFL) in hotels having three and four-star classifications, effectively reversing the previous Congress government’s liquor policy which envisaged total prohibition by 2025. Sources in the excise department said 71 four-star hotels and 62 three-star hotels will be the immediate beneficiaries of the decision. While the ban has been loosened, the minimum drinking age has been raised from 21 to 23.

NIA Moves To Revoke Naik’s Indian Passport: The noose is tightening around controversial Islamist preacher and Islamic Research Foundation (IRF) president Dr Zakir Naik. The National Investigation Agency, which initiated proceedings to get a Red Corner Notice against Naik, is now ready to revoke his Indian passport. He is wanted in a criminal case registered last year. After interrogating Naik’s sister and aide, the agency says it is also tracking his web of financial transactions that include at least 10 companies and 19 properties in Mumbai and Pune in which Naik has invested an estimated Rs 104 crore.

Kerala Passes Resolution Against Centre's Cattle Sale Ban: The Kerala Legislative Assembly on Thursday passed a resolution seeking a withdrawal of the Union government’s 23 May notification banning the sale of cattle for slaughter through livestock markets. The resolution that was moved by Chief Minister Pinarayi Vijayan was passed after getting the nod of the entire house except lone Bharatiya Janata Party MLA O Rajagopal. “The House seeks from the Centre a validation of the states’ rights to formulate policies and laws on state subjects,” the motion read.

Trump Asked Me To Drop Russia Probe, Says Comey: Sacked Federal Bureau of Investigation (FBI) director James Comey confirmed on Thursday that Russia had interfered with the US presidential elections and Trump instructed him to drop any probe into this matter. "It's my judgment that I was fired because of the Russia investigation," Comey said in a testimony before the Senate Intelligence Committee – a charge that could attract impeachment. He said he would have been allowed to continue as FBI director if had dropped the Russia probe. Trump reacted by saying, "We're under siege but we know how to fight and never give up." Comey said he was sacked after he refused to affirm personal loyalty to Trump.

Exit Polls Predict Hung Parliament In Britain: The polls have closed in the United Kingdom's general election and early exit polls suggest that no party has won enough seats to win an overall majority and form a government. The ruling Conservative party needs 326 seats to win an overall majority and guarantee that Theresa May would continue as Britain's Prime Minister. Exit polls show that although they appear to have garnered the most seats, at 314 predicted, that still leaves them 12 short of being able to form a government. The second largest seat winner, according to the exit polls, will be the Labour Party, led by socialist Jeremy Corbyn, with a predicted 266 seats.

Industry 4.0 Should Be India’s Battle Cry: India needs to swiftly but convincingly invest in the right infrastructure to adopt Industry 4.0 to be able to manufacture everything from a pen to an airplane at global quality standards.

The Age Of Blowback Terror: As the US and its allies continue to face terrorist blowback, one hopes that Trump comes to his senses, and helps to turn the seemingly interminable War on Terror into a battle that can actually be won.

Let The Strategic Partnership Policy Weaponise Make In India: The radical element is the pivotal role the private sector is envisaged to play bringing together all stakeholders, including foreign original equipment manufacturers, for developing indigenous defence manufacturing.

The Republic Of Compromise: The Directive Principles of State Policy in the Constitution of India seem to represent the best and worst aspects of India’s tendency to compromise. Why, otherwise, write in a principled intention to ban cow slaughter, and then sit on it for decades without providing closure?

One Belt, One Road Has No Basis In China’s History: China is seeking to legitimise One Belt, One Road by invoking the Silk Road, but the initiative more closely resembles European imperial engagement with Asia in the 19th century.

Kerala Should Look To Beef Up Native Cattle Breeds Rather Than Cry Foul Over The Ban: Kerala, which has over 2,100 slaughter houses and is not just a top consumer but also a top producer of beef, is a state with one of the lowest cattle densities. It buys most of its cattle for slaughter from the neighbouring states. Is that why the state seems to be crying the loudest at the proposed ban?