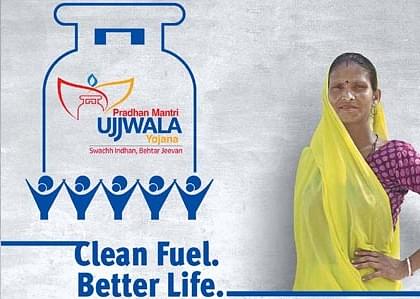 India Planning To Deport Rohingya Muslims: The Union government is working on identifying Rohingya Muslims, who have entered the country from Myanmar over the past five to seven years and are staying illegally in various pockets including Jammu, for likely arrest and deportation under the Foreigners Act. According to a senior home ministry official, there are an estimated 40,000 Rohingyas who, after being disowned by Buddhist Myanmar, had fled their homes and crossed over to India to take refuge here.

Bengaluru’s Indian Institute of Science Named Best University: According to a countrywide government ranking of educational institutions released on Monday, Delhi’s Miranda House and Bengaluru’s Indian Institute of Science are India’s best college and university respectively. Loyola College in Chennai and Shri Ram College were the second and third-best colleges in India, said the survey of “general degree” colleges by the human resource development ministry. Delhi’s Jawaharlal Nehru University was ranked second among universities, while Banaras Hindu University secured third position. Seven IITs were among the top 10 in the overall ranking category.

MDMK chief Vaiko Jailed For Sedition: Marumalarchi Dravida Munnetra Kazhagam (MDMK) chief Vaiko was sentenced to 15 days in judicial custody on Monday in a sedition case registered in 2009. Vaiko was produced before a magistrates’ court in Tamil Nadu’s capital Chennai earlier on Monday and was subsequently remanded to judicial custody without bail. His passport has also been seized. The case was filed by Chennai Police after the mercurial politician said that India would struggle to remain united if the war against the Liberation Tigers of Tamil Eelam in Sri Lanka was not stopped.

Kejriwal Wants Delhi Government To Pay His Legal Bill: Senior lawyer Ram Jethmalani, who has been fighting for Delhi Chief Minister Arvind Kejriwal in a high-powered legal battle with Union Finance Minister Arun Jaitley, has raised a bill of Rs 3.42 crore for his services so far. It is being reported that the Delhi government wants the taxpayer to pay the cost of Kejriwal's defence. According to official documents, the bill raised by Jethmalani has reached a total of Rs 3.42 crore, even before the cross examination stage is over.

Yogi Adityanath’s First Cabinet Meeting: Farm Loan Waiver Tops Agenda: Promises made in Bharatiya Janata Party’s (BJP) poll manifesto, especially farm loan waiver, are likely to be taken up during the Yogi Adityanath-led Uttar Pradesh government's first cabinet meeting today. Prime Minister Narendra Modi had said in his campaign speeches that writing off farm loans would be among the foremost tasks of the BJP government. Sources said around 2.30 crore farmers in the state suffered losses due to natural calamities in the recent past and were unable to repay loans amounting to about Rs 62,000 crore.

Tributes For Kishori Amonkar: Tributes were pouring in after renowned Indian classical vocalist Kishori Amonkar, 84, died on Monday. According to reports, the noted musician passed away peacefully during her sleep at 9.30 pm after having dinner at home in Mumbai’s Prabhadevi. Considered one of the foremost singers in Hindustani classical tradition, Amonkar is known for her contribution and innovation in the Jaipur-Atrauli gharana of music, and her distinctive style of khayal gayiki as well as thumri and bhajan.

Somalian Pirates Capture 10 Indians: Pirates have hijacked an Indian dhow off the coast of Somalia, which had 10 crew members from Gujarat when it was en route to Bosaso from Dubai. The vessel was hijacked in the vicinity of Socotra Island. Confirming this, an official of the directorate general of shipping said that they have contacted its Dubai-based owner Feroz Thaim, who has informed the agency that negotiations have started to get the crew members released.

Singapore Expels Indian Imam For Making Communal Remarks: An Indian Imam living in Singapore will be repatriated for his remarks against Jews and Christians. Nalla Mohamed Abdul Jameel, 47, had pleaded guilty to a charge of promoting enmity between different religious groups and was fined $2,860. The Singapore government said there was no room for such remarks in a multi-religious society and he should be sent home.

US Crackdown On Misuse Of H-1B Visas: The Donald Trump administration on Monday began enforcing tighter norms on issuance of H-1B visas. While the crackdown on alleged misuse of the H-1B programme came from the White House podium, the Justice Department issued a stern statement cautioning employers petitioning for H-1B visas not to discriminate against American workers. "The Justice Department will not tolerate employers misusing the H-1B visa process to discriminate against US workers,'' said Civil Rights Division Acting Assistant Attorney General Tom Wheeler.

GST’s Last And Critical Lap: Now is the moment of truth when items will be assigned to the different GST slabs and the exact amounts of the cesses will be decided. The GST has entered its last and critical phase: the determination of the GST’s rate structure.

The Flip Side Of ‘One Nation, One Tax’: The GST initiative has been justifiably acclaimed as a milestone economic reform in independent India. But there are reasons to be cautious.

Defence Acquisition Reform In Limbo: Thoughtful observers recognise that Finance Minister Arun Jaitley, who has been handling the defence portfolio since Parrikar’s exit, has a tough task ahead of him.

Draining The Monetary Policy Swamp: It is well known that the Federal Funds’ rate hovered around 0 per cent to 0.25 per cent since December 2008, until the Federal Reserve hiked the rate in December 2015. The next one followed a year later in December 2016. Is the Fed behind the curve?

All The Single Women: Despite the centrality of marriage to our lives, 74.1 million single women in India – never married, divorced, separated, widowed – comprise nearly 12 per cent of our female population.

No Left Turns: Rahul Gandhi And Congress Only Stand A Chance If They Attack BJP From The Right: To beat Narendra Modi, the Congress has to start by conceding that politics of doles and appeasement is an idea best junked.