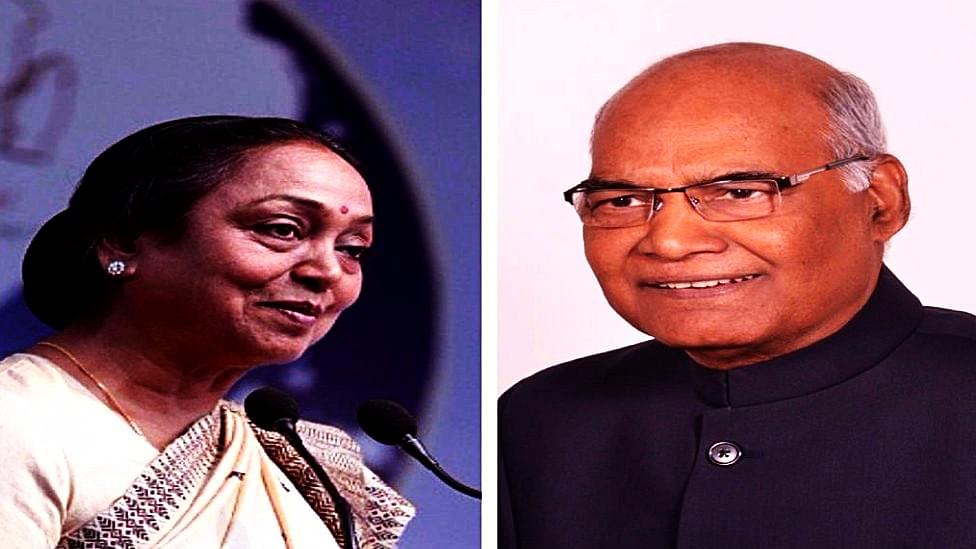 Presidential Elections Today: Today (Monday) lawmakers from across India will choose the new President, in an election that has pitched National Democratic Alliance nominee Ram Nath Kovind against the joint Opposition candidate Meira Kumar. Kovind, a former governor of Bihar, has a clear edge in the election with support of 63 per cent voters in the Electoral College, which has a vote value of 10.98 lakh. The candidature of Meira, a former Lok Sabha Speaker, has been supported by 16 Opposition parties. The President of India will be elected by the electoral college comprising all elected members of Lok Sabha, Rajya Sabha and state legislative assemblies.

Rs 4,000 Crore Lifeline For Farmers: Maharashtra is planning to invest Rs 4,000 crore in 15 drought-hit districts to boost agriculture production and provide higher remuneration to farmers. Addressing the farmers on his radio programme Mi Mukhyamantri Boltoy, Chief Minister Devendra Fadnavis spoke on initiatives of the state government in the farm sector post loan waiver. The government also plans to lower the interest rate on crop loans provided by financial institutions to farmers. He said incentives would be provided to farmers to own technology and machines, which could be hired on low rentals by small and marginal farmers to enhance crop production in every field.

New War On Malaria: India has launched an ambitious plan to eliminate malaria by 2027. The plan comprises awareness, entomological surveillance in vulnerable areas, use of diagnostic kits to identify the malaria parasite and an outbreak warning system. The malaria elimination deadline is three years ahead of the global deadline. The plan broke down all the districts into four categories based on their annual parasite incidence. Six states – Odisha (40 per cent) Chhattisgarh (20 per cent), Jharkhand (20 per cent), Meghalaya, Arunachal Pradesh and Mizoram (5-7 per cent) – report most of the malaria cases in India. These, along with tribal areas of Maharashtra and Madhya Pradesh, account for 90 per cent of India’s malaria burden.

Modi Asks States To Crack Down On Cow Vigilantes: On the eve of the monsoon session of Parliament, Prime Minister Narendra Modi has asked the state governments to sternly deal with those who incite violence in the garb of protecting cows. “Cow is revered as the mother in our country. However, people must know that there is a law to protect the cow and the violation of law is not an alternative,” Modi said, acknowledging that such violence impacts India’s image in the world. The Prime Minister also tried to underline that it is the state government that must act against such hooligans and criminals.

Hizbul Module Busted: In a major breakthrough for security forces in Kashmir, three people were arrested in Baramulla district which also led to the busting of a Hizbul Mujahideen module. Police said the Hizbul module was actively involved in recruiting militants by luring young boys in the area to join the outfit. Around 10 boys were rescued in the operation carried out by the Baramulla police and other security forces. Baramulla Senior Superintendent of Police Imtiyaz Hussain said the module was being spearheaded by Hizbul Mujahideen commander Parvez Wani alias Mubashir, and was planning to send many boys to Pakistan on valid visas for training in militant camps inside Pakistan-occupied Kashmir.

Major Spike In Jan Dhan Deposits Post DeMo: According to official government data, deposits in Jan Dhan accounts have touched a new high of Rs 64,564 crore, of which over Rs 300 crore came in the first seven months of demonetisation (DeMo). The Pradhan Mantri Jan-Dhan Yojana (PMJDY) aims at bringing hitherto unbanked areas and people under a formal banking system. Finance Ministry data, accessed through a Right to Information application, shows that there were about 28.9 crore PMJDY accounts on 14 June this year. Of these, 23.27 crore accounts were with public sector banks, 4.7 crore with regional rural banks and 92.7 lakh with private ones. These accounts together have deposits of Rs 64,564 crore.

Federer Makes History: Switzerland’s Roger Federer won a record eighth Wimbledon title and became the tournament’s oldest champion on Sunday with a straight-sets victory over injury-hit Croat Marin Cilic. Federer claimed his nineteenth Grand Slam title with a straight set victory 6-3, 6-1, 6-4 over Cilic. The emotional 35-year-old, who now has 19 Grand Slam titles, is the oldest man to win Wimbledon in the Open era and the first since Bjorn Borg in 1976 to go through the entire tournament without dropping a set.

Syrian Conflict Caused 330,000 Deaths, Says Monitor: The brutal conflict in Syria that started six years ago has left more than 330,000 people dead, around a third of them civilians, a monitor said Sunday. The Britain-based Syrian Observatory for Human Rights said it has documented the deaths of 331,765 people across Syria since the conflict erupted in mid-March 2011 with anti- government protests. Included in the overall death toll are 99,617 civilians, Observatory head Rami Abdel Rahman said, adding that the figures were for the period between 15 March 2011 and 15 July 2017. The conflict has destroyed much of the country’s infrastructure and displaced millions of people, more than half of Syria’s population.

The Jobs Debate Conundrum: The political rhetoric is restricting the contours of the employment debate. Instead of focusing on the quality of the jobs being created, a binary debate on employment is forcing the conversation to be restricted to aggregates.

Small Businesses Are Key To India’s Growth: Businesses can either be located in the village or it can be a mobile platform, but by doing so, people wanting to move to the city will definitely come down. Photo: If you want the larger population in India to be involved in the economy in a big way, SMEs are the key.

India And The Mundell-Laffer Policy Mix: India could well take a leaf from the US of the 1980s, the period in which Mundell’s ideas, and those of his disciple Laffer, took root, during the administration of president Ronald Reagan.

Employment 4.0: Bug, Not Feature: India is at the nightmare scenario of 50 per cent of the labour force generating 11 per cent of GDP. The gig economy is not new for India and breeds our working poor; we need more wage employment.

Asia, 20 Years After Its Financial Crisis: Asia is in a much stronger position than 20 years ago, but should remain vigilant. Today, Asian economies have a stronger outlook but they need to be more resilient and ensure sustainable, inclusive growth.

Why A Seminar On Golwalkar’s Views On Nationalism Is Justified: M S Golwalkar’s idea of nationalism must be looked at in a holistic way, without being subject to selective criticism.