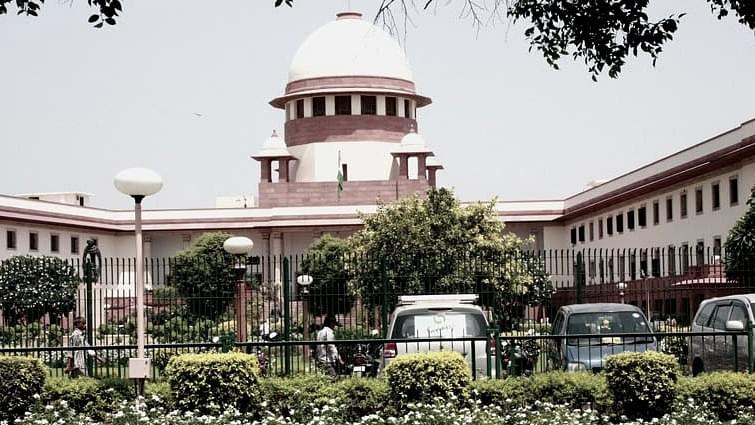 Privacy Is Not Absolute, Observes Top Court: The Supreme Court on Wednesday observed that privacy is not absolute and cannot prevent the state from making laws imposing reasonable restrictions on citizens. The observation was made by a nine-judge Constitution bench of the apex court during a hearing to determine whether the right to privacy is a fundamental right under the Constitution. The observations may or may not be a part of the court’s final ruling. Based on a ruling by this bench, a separate bench of three judges will decide on petitions that challenged the government’s decision to make Aadhaar compulsory for crucial procedures such as income tax declarations and for opening bank accounts.

Uproar In Rajya Sabha After SP Leader Insults Hindu Gods: Samajwadi Party (SP) leader Naresh Agrawal on Wednesday was forced to withdraw his remarks after he linked the names of Hindu gods with alcohol, sparking protest by the Bharatiya Janata Party (BJP) in the Rajya Sabha. BJP members, including ministers, demanded an apology from the SP member, shouting that they won’t let anyone “insult Hindu gods”. Finance Minister Arun Jaitley said if Agrawal had made the derogatory comments outside the House he would be liable to be prosecuted. The controversial remarks were later expunged.

Green Light For ONGC-HPCL Merger: With the aim of creating an integrated Indian oil company with global size and heft, the Union cabinet on Wednesday gave green signal to a proposal to sell the government’s share in the state-owned Hindustan Petroleum Corporation Limited (HPCL) to Oil and Natural Gas Corporation (ONGC) for close to Rs 29,000 crore. The government owns 51.11 per cent in HPCL. Post the merger, HPCL will, however, remain a separate entity and operate as ONGC’s subsidiary. HPCL will add 23.8 million tonnes of annual oil refining capacity to ONGC’s portfolio, making it the third-largest refiner in the country after IOC and Reliance Industries.

India To See Air Fares Go Up By 8.7 Per Cent, Says Report: India is projected to see an air fare increase of 8.7 per cent in 2018, the highest for any country in the Asia Pacific region, said a Global Travel Forecast report, prepared by the Global Business Travel Association and Carlson Wagonlit Travel. Domestic demand is increasing, particularly in China and India, putting additional pricing pressure on key markets in both, the report said. “India remains the healthiest of the major emerging Asia Pacific markets with robust growth anticipated given pro-market economic reforms,” said the report adding that the country is one of the fastest growing aviation markets in the world and has been witnessing double-digit growth for more than two years.

Presidential Election Results Today: Who will win the race to the Rashtrapati Bhawan, India will come to know today. The counting of votes for the Presidential election will begin at 11 am today and the result is expected to be announced by 5 pm. The numbers are stacked in favour of the ruling coalition’s nominee Ram Nath Kovind over the Opposition’s candidate Meira Kumar. Ballot boxes from 29 state capitals and the Union Territory of Puducherry reached Parliament House over the last two days amid tight security. A total of 4,896 voters – 4,120 MLAs and 776 elected MPs – were eligible to cast their ballot. Close to 99 per cent voting was recorded for electing India’s next president.

Zeliang Sworn In As Nagaland Chief Minister: Amid high drama, T R Zeliang was on Wednesday sworn in as Chief Minister of Nagaland after the state’s Governor P B Acharya dismissed Shurhozelie Liezietsu for failing to turn up for a trial of strength in the assembly. Soon after taking oath of office, Zeliang said he will go for a floor test on 21 July. The Governor, while naming him Chief Minister, had given time till 22 July to prove his majority. This is 65-year-old Zeliang’s second stint as Chief Minister in a little more than three years.

Coimbatore To Get Metro Service: Tamil Nadu Chief Minister K Palaniswami announced in the state assembly that metro rail project will be implemented in Coimbatore and a detailed feasibility and project report will be prepared by the Chennai Metro Rail Limited for the purpose. Funding for this project will be obtained from the German funding agency KFW through the Centre, he said and added the proposal would address traffic congestion in the textile city of Tamil Nadu. Palaniswami also said the government has given policy-level clearance for the second phase of metro rail service in Chennai involving an outlay of around Rs 88,897 crore.

Kerala To Build New Airport Near Sabarimala: There is good news for Sabarimala pilgrims as the Kerala government has decided to build the state’s fifth green-field airport at Erumeli in Kottayam district. The idea for a new airport project in Kerala stemmed from the realisation that the proposed Aranmula airport project in Pathanamthitta failed to take off. The airport is expected to give air connectivity to pilgrims of Sabarimala temple, which is 48 km away from the proposed project site. Every year, about three crore pilgrims from South Indian states visit the hill shrine during the two-month festival season.

Pakistan Providing Safe Haven To Terrorists, Says US: Pakistan was listed among nations that provide “safe havens” to terrorists to operate. In its annual Country Report on Terrorism, the US State Department said that terror outfits like Haqqani Network, Lashkar-e-Taiba and Jaish-e-Mohammad continued to operate, train, organise and fundraise in Pakistan in 2016. Pakistan remained in the dock in the Donald Trump administration’s first worldwide assessment of terrorism, for not doing enough to combat terrorist groups and individuals operating from its soil. Worldwide, the Islamic State remained “the most potent terrorist threat to global security”, the report said.

Who Cares About Monetary Policy?: Low inflation will lead to lower growth in nominal GDP, which could result in lower tax revenue. If monetary policy does not provide relief in terms of a rate cut for some reason, fiscal discipline will have to be given up.

Indian Economy: A Tale Of Two Narratives: Hang in until the growth dividend from deleveraging and productivity-enhancing reforms (GST, Aadhaar) kicks in. Unfortunately, there are no quick fixes at the moment. Furthermore, overreacting to the second narrative (slowing growth) simply risks jeopardising the first one (macro economic stability).

Taking Charge At The G-20: India has a clear interest in and opportunity to refocus the G-20 agenda. The interest is driven by the reality that India’s rise has been largely driven by closer engagement with the global economy.

The DD Free Dish Phenomenon: Thanks to private broadcasters who are on DD Free Dish, the DTH platform boasts of films, general entertainment programmes and news. The success of Free Dish can be gauged not only from revenue it earns from slot sales but also from the number of subscribers it has.

What Hindu Response To Adverse Shifts In Kerala’s Religious Demography Should Be: In Kerala, the prospects of a temple-church alliance will make sense if we have to change the nature of the political discourse where Muslim power and demography is changing dramatically, threatening both Hindus and Christians.