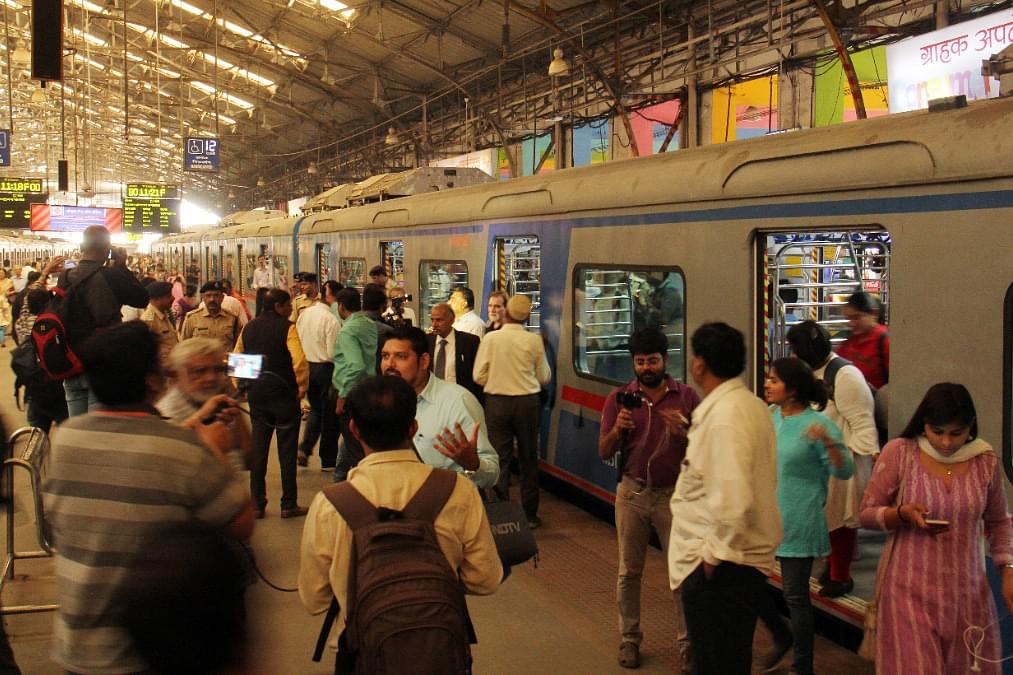 Since its launch on 25 December last year, air-conditioned trains on Mumbai’s suburban rail network have witnessed good patronage. The AC locals run on five days of the week from Monday to Friday and carry an average of 15,666 passengers per day, reports Rajendra Aklekar for Mid Day.

Numbers released by Western Railway (WR) show that over 22 lakh passengers have used the services in the seven months following its launch. WR operates twelve services in a day between Churchgate and Virar. Each train can accommodate 5,964 passengers. WR also said that revenue from these trains was pegged at Rs 9.35 crore from the sale of tickets and season passes. Fares on the premium services are 1.3 times that of prevailing first class rates but were discounted for the first six months.

Railway officials have also said that the due to the AC locals being vestibuled coaches, they had a higher passenger capacity than the ordinary 12-car local trains.

The patronage assume significance after the city’s main bus operator – the Brihanmumbai Electricity Supply and Transport (BEST) undertaking – scrapped air-conditioned services in April 2017 owing to poor patronage of the fleet of low-quality buses.

Western Railway Flags Off Fully Air-Conditioned Local In Mumbai: Here Are Some Ideas To Make It Work