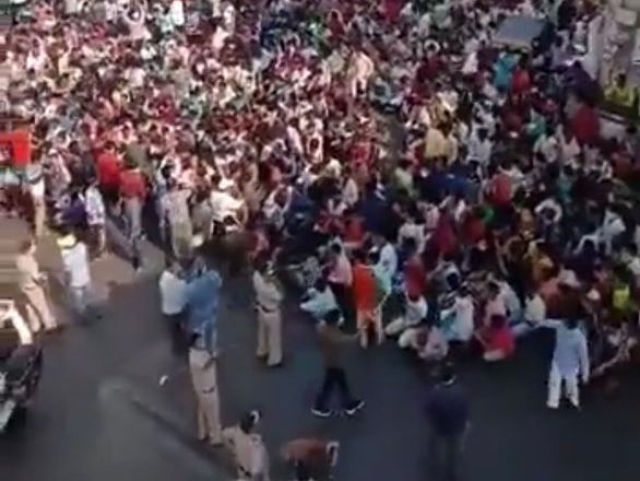 Crowd of migrants at Bandra in Mumbai

A NCP leader Vinay Dube has been detained by the Mumbai police for spreading misinformation and appealing to migrant workers to protest at the Bandra railway station - which subsequently saw a large crowd yesterday evening (14 April), Times of India has reported.

Several others have also been booked, including a channel reporter, for alleged fake messages that resulted in the massive jamming.

The prime accused, Dube, was detained by Navi Mumbai Police early today (15 April), and after the preliminary questioning was handed over to Bandra Police.

Among other things, he had demanded that the Maharashtra government should make transportation arrangements to ferry the stranded migrants to their native states and called for nationwide protests if the trains were not made operational till 18 April.

He had also reportedly appealed to the migrant workers to come to the railway station in large numbers and protest against alleged food shortages.

It is suspected that Dube's posts may have prompted Tuesday's gathering - which was controlled and dispersed after a mild caning by the police - that alarmed the state health authorities after social distancing went for a toss.