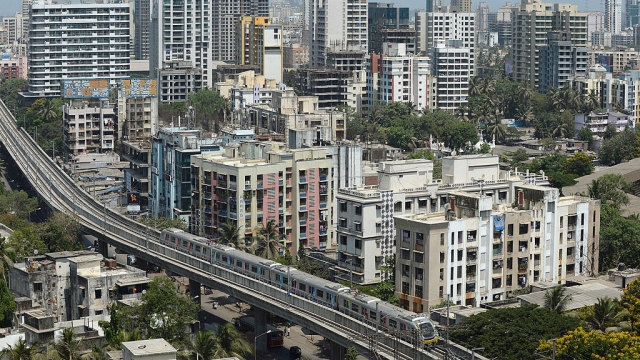 Mumbai Metropolitan Region Development Authority (MMRDA) has confirmed that the first trial run on two Metro corridors — Metro 7 that connects Andheri East to Dahisar East, and Metro 2A that connects D N Nagar to Dahisar — will begin in the first week of September 2020.

MMRDA is the implementation agency for the two lines.

Confirming the development, Metropolitan Commissioner R A Rajeev said “Trial run on two Metro corridors — Metro 7 that connects Andheri East to Dahisar East, and Metro 2A that connects D N Nagar to Dahisar — will commence in the first week of September 2020 after the Mumbai Metropolitan Region Development Authority (MMRDA) receives its first prototype rake by July next year.”

Mumbai is all set for Transformation from 2020. #MumbaiMetro will offer better connectivity and create a infrastructurally developed city for #Mumbaikars pic.twitter.com/y3DtXF6KMB

Bharat Earth Movers Limited (BEML), a PSU, has bagged the contract for the supply of metro cars for Mumbai Metro. The order includes manufacturing of 63 Metro trains with six cars each totalling to about 378 Metro cars for the Mumbai Metro Corridor 2A, 2B & 7. The features of the metro cars will include driver-less train compatibility, energy friendly regenerative brake system and a stainless steel body with four doors on each side.

The civil construction work on the two Metro corridors, which commenced in 2016, is almost nearing completion. By March next year, the civil work, as well as signaling and electrification work on both the Metro corridors, is set to be completed. The work to lay tracks that had started in June this year, is also in the final stage.

Mumbai has currently 11.4km of operation metro line. Before the end of 2021, it is likely to add at least 140 km of additional, new metro lines.